UK gothic rock band Her Despair is back with more Nerd Talk!  Following in the nerdy footsteps of Her Despair bassist Vikki, drummer Lee takes over with his thoughts on video gaming, Old West movies, and detective novels. 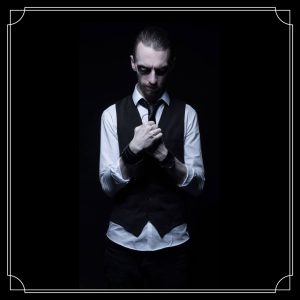 I have gamed for years. Since I first played the Sega Megadrive in the early 90’s, I have been addicted. So through the many games played, I can easily say my favorite game is The Last Of Us.

Made by the people behind Crash Bandicoot and Uncharted (all fantastic games too), it follows the story of two people travelling across a post apocalyptic America where a fungus has turned people into ravenous creatures. On their journey they must face the harsh elements of their reality such as the decline of the human race  and the dangers of the outlaws, hunters, and of course the infected.

What first drew me to this was its wonderful art style. The developers really took their time showing us what the world would come to if nature took back over. It was beautiful but also haunting.

The story is the heart of this game. It’s all about love. I don’t want to give anything away — all I can say is play it. You won’t be disappointed. You’ll cry in the first half an hour, then feel like a total badass. The characters are relatable and realistic. The gameplay is brutal and challenging. The attention to detail is stunning and the voice acting is wonderful. Part II is coming soon too!

I am a huge film fanatic. I grew up watching films with my Dad, particularly Arnie films like The Terminator and Total Recall. I love films from disturbing and bleak to funny and whimsical.

I only found the film I can truly call favorite recently which is called Brimstone. The film follows a young mute woman in the Old West being terrorized by a mysterious Reverend and it follows a non linear approach by showing the film in 4 chapters and in the order of III, II, I, IV. As the story progressed, we see the relationship between this young woman and the man of the cloth. It’s take on how religion can be used to allow terrible things really strikes a thought in your mind. It’s plenty violent and at times gory but it’s done in good taste and not for the sake of it.

It’s a very underrated piece of art. Guy Pearce plays the Reverend and he is terrifying. His performance skills are on full display in this picture. He was captivating and brutal at the same time. The dialogue is masterfully written and its cinematography belongs with some of the greats such as Emmanuel Lubezki, Tak Fujimoto and Frederick Elmers. Also Junkie XL’s score is haunting. I had to save the soundtrack on my iPod and I have no shame in listening to it while walking to work. Definitely worth a watch if you like a gritty thriller.

I would say my favorite in the ways of words on the page has to be the Robert Hunter series by Chris Carter. He has nine books released for the series and they are all fantastic. None are set as a favorite cause they all strike the right notes.

The series follows Detective Robert Hunter who works for the LAPD. His role is to solve the crimes of the most depraved and sadistic natures. Every book has a different killer but they also connect in small details.  For instance, in one book he’s plotted against someone who kills you by what you’re frightened of;  in another someone dismembers his victims to make sculptures out of them.

As you might imagine, all of this is very gritty and disturbing. What drives me to these books is the ability to relate to the characters. You can see them as real people — feel their emotions and understand their mindset. The literacy is beautiful. The use of creative similes and descriptive anatomy just makes it more of a joy to read no matter what gruesome outcome may be ahead. I simply love the characters and adore every story. Not many books can make me cower in fear or have to stop reading due to a shocking revelation. With Carter also being previously a criminal psychiatrist, it helps bring those elements of realism to life. Worth the read if you like crime stories.

Her Despair’s second release Mournography is coming out July 20th, 2018 — preorder on bandcamp and check out the video for teaser track “Blaspheme With Me” below!