Now Cometh The Foul is one hell of an energetic stoner/sludge metal offering from Wisconsin’s Wardehns. It’s an engaging and fun listen, loaded with what I would call a fine yet gritty production value. It’s a dirty sound with a smooth texture.

One thing that grabbed me immediately is the band’s talent as sculptors of the “fuzz wall.” These songs are impenetrable burnt orange and avocado green bricks of cement in a 1970s halfway house for delinquent hippies. Let that analogy sit with you for a while… 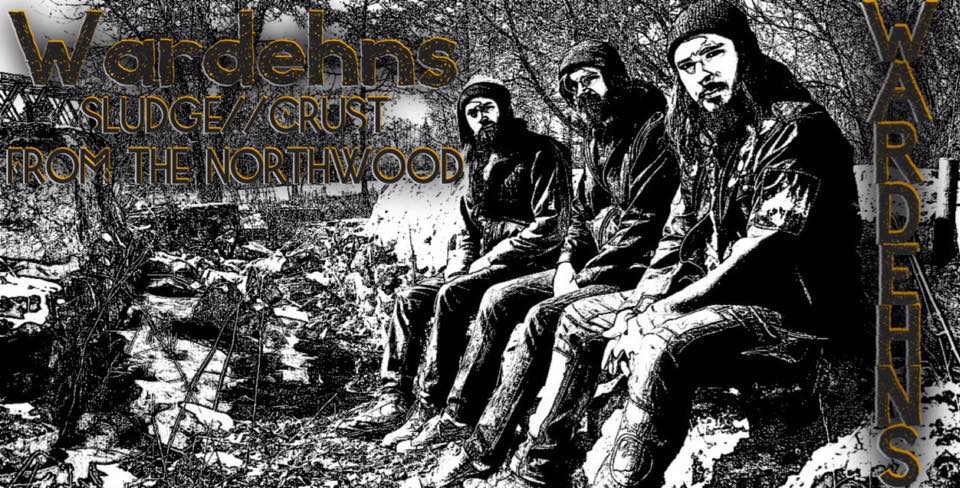 I’m not certain what the lyrics entail, or if the album has an overarching concept. But the pace and relative uniformity of the music reminds me of an old-fashioned movie monster attack – an uncompromising display of supernatural violence. The scene is set by the instrumental power/stoner introduction of “Crustacean.” Yet the triumphant melodies that lay buried in the brutality makes me think that this monster isn’t flawlessly devouring the masses. There’s a lot of pushback from the passionate and blood-drunk small-town populous. Songs like “Denim Dogs” and “Gills” have that engine of enthusiasm pumping them along their murderous trek. The monster’s victims are just as ugly as he, and they war with a righteous frame of mind.

“Leech Head” is a clear highlight here. It’s not uncommon for me to enjoy any album’s longest and most ambitious track the best, but this song truly is a successful exercise in composing what I’d like to dumbly call, Stirring Stoner; it’s the kind of song that takes its time to uncover its musical position, one with a great deal of emotional charisma. Foreboding folkish melodicism opens into a slow, rousing crescendo. The vocals take the position of narrator as the epic unfolds and tours its ill-fated world of smoke and ash.

Comparisons to High and Fire are spot on, and maybe a bit too on the nose. If it wasn’t for the vocalist, I would have thought I was listening to a lost High on Fire album. Wardehns do take some liberties here and there with introducing new elements to the sludge/stoner sound, including a rather doomy take on the cello in “Shards of the Time Glass” and occasional forays into progressive embellishments. Otherwise, this is a familiar albeit well-composed album. For fans of the genre, Now Cometh The Foul is a worthy addition to your fuzz library.