This Saturday, 8/15/15, Apoapsis vocalist Jonathan Hammer and bassist Peter Parkes met me at Death to False Metal Festival to chat about what’s going on with their band.  The southern-Connecticut prog metallers released their first EP, Balance, in February of this year after working on it since 2011.  But now with a solid lineup and another EP’s worth of songs recently written, they are ready to come onto the scene in full force.  Here’s what Jonathan and Peter had to say about the band’s past, present, and future:

And for the impatient, a few snippets:

Jonathan: We’re actually gonna add phonetic lettering to our business cards and stuff because no one knows how to pronounce it.  […] When you’re orbiting a planet or an asteroid or something,  you have an apsis, which is what you’re trying to hit, and you start at an apoapsis.  So you orbit, you hit your apsis, and then you hit a new apoapsis a little bit closer, and then you hit a new apsis, and you repeat until you land on your target.  […]  Our band was kind of a Frankenstein for awhile.  […]  We’ve gone through a lot of different members and issues with producers and recording and everything, so we felt like every time we got super close to where we were headed, it was only a little bit closer but we thought we were there —  so we were… orbiting what we wanted.

Peter: I wasn’t necessarily a collaborative writer up until recently.  Because I came into the band so late, I was just picking up the chord progressions, but recently I wrote a song with Drew, me and him got together.  (But) most of the time it’s just Martin and Drew writing together and stuff comes together like that.

Jonathan: We’re actually trying something new this time; Balance was written over the course of 2011 to 2014 because we were all in college and doing different things.  So now what we’re doing is Drew and Martin get together and write basically the whole song, guitar parts and everything, and then we’ll use midi drums, put the bass to it, and I’ll (write lyrics).  We do everything individually  now and we come together through demoing, and then when we get to practice we fine tune everything and mix some parts up.  We’re trying different things and seeing what works.

Jonathan: We’re working on a new release now.  […]  We’ve got seven songs […] based off of things that we feel represent us right now — a lot of mixing in of psychology, some occult stuff…

Jonathan: I really like Xenosis.  Their new stuff that they just put out is awesome.

Peter: I would love to play with Construct Paradise.  They’re very tight.  I saw them and I was, like, blown away.  Killer solos!  […]  It’s very interesting to see the re-emerging music scene in Connecticut.

Jonathan and Peter are joined by Drew Pinto and Martin Jose on guitar and Brendan Mangiafico on drums.  Find them on Facebook, Twitter, and more to stay up to date on this enthusiastic and promising young band. 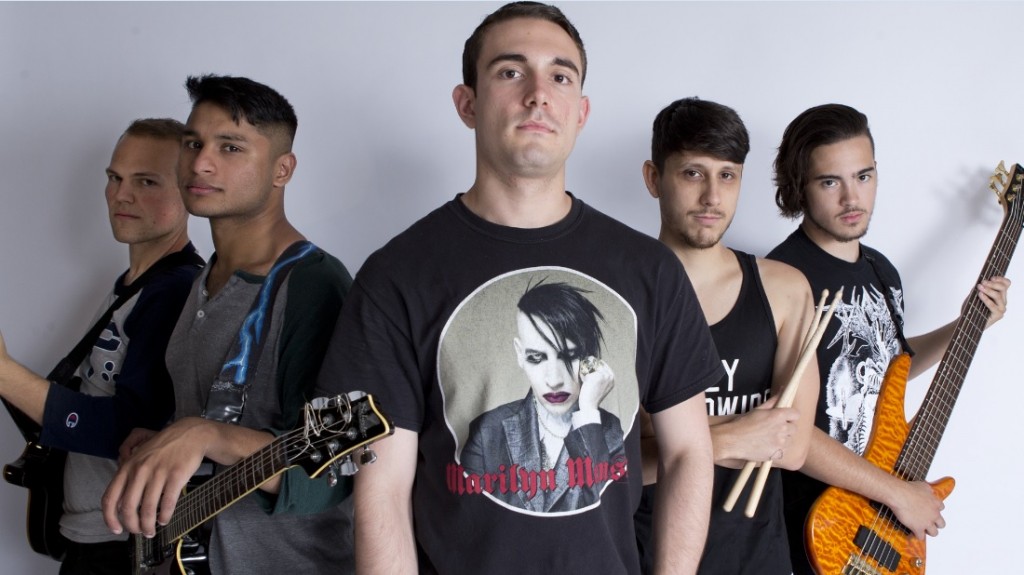