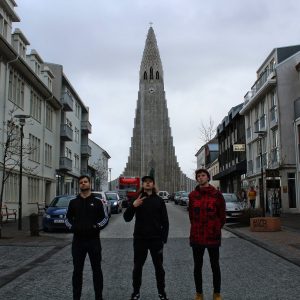 UK doom band Kurokuma has been making international waves since 2014, and even moreso since the release of The Doom Doc (2017) and their 2018 EP Dope Rider.  Alternative Control is excited to feature a track from that EP on our upcoming compilation Volume Doom; we talked this week with drummer Joe Allen about the band’s past, present, and future.

Tell me about how the band got together.

Jake and myself first met when he came up to me at a gig I was playing with my previous band and he asked if I wanted to play drums for a new project. I couldn’t at the time, but we stayed in touch, then we had a band with some other mates that just jammed and never did anything, and then I moved to Japan for a while. When I came back we ended up living really near each other so we were hanging out, getting wasted and listening to Electric Wizard. We both wanted to do something unique and truly creative within the scope of heavy music. I eventually persuaded him to leave the dub band he was in. George joined a few months later when the original bassist left and it’s been that way since. 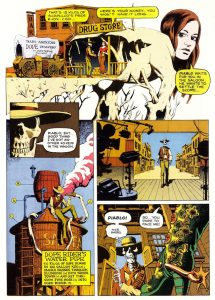 Using a 70s comic strip to base a concept release is a pretty “dope” idea lol.  What about Paul Kirchner’s Dope Rider comic strip inspired you to write this music?

The first time I came across Dope Rider was the drawing of him sitting on the water tower bong. The imagery and the text struck a chord with me. It wasn’t just a goofy piece of stoner comedy. It felt surreal and serious at the same time and I knew I had to find out more. I devoured all the strips and the whole feel of it resonated with me. It just felt like a work of art made for me and my tastes, and the feel and aesthetic of the series seemed very similar to how aspects of the band felt to me – the overwhelming nature of psychedelic experiences, images of desert and bone. So when we wrote Dope Rider pt. 2 it made perfect sense to write some lyrics taken from one of the stories. As we went on and added Dope Rider pt. 1 we realised we could make a special concept release, so we reached out to Paul Kirchner and he was 100% on board from the start. A dream come true really. I’m really satisfied with how the vinyl came out and we’ve had a lot of positive feedback on it and the art.

There was some talk in The Doom Doc about whether or not smoking pot is an important part of making/enjoying stoner/doom music.  Where do you stand in that discussion?

I’m not a guy who says everyone who listens to this music or makes it must smoke weed, but personally I think you’re missing the real point if you don’t or never have. We all tried to explain it when we were interviewed in The Doom Doc. It’s basically like this whole subgenre has a prerequisite requirement to truly understand and enjoy it, and that is being high, or at least applying that mindset to the music. It’s like putting on 3D glasses to watch a 3D film. All music sounds better when you’re high, but stoner music is made with the specific intention to open up and be experienced by a person who’s high. It’s similar to how a lot of dance music was and is still made for people on ecstasy

Joe, how did you get involved in The Doom Doc?  How has that movie’s release affected Kurokuma and your booking company Holy Spider Promotions?  Did you get to meet Bill Ward??

I’ve known Connor, the director for a few years and I invited him to a Holy Spider show that Kurokuma were playing in 2016. He’d been saying he wanted to film some live music videos for bands, but that ended up being the show with Slabdragger at the Lughole from the start of the film. Basically those guys enjoyed the night so much that on their way home they decided to start work on what became The Doom Doc. And then because I had some connections and experience with editing I ended up working alongside Connor a lot.

Neither of us got to meet Bill Ward because the interview was done in LA by some of the guys involved with the Doomed & Stoned blog. We did consider going but couldn’t really afford it.

The film has been a big part of the band’s success over the last few years, and it was really fulfilling to see the Sheffield scene and Holy Spider shown to the world. It’s why Craig and myself started Holy Spider years ago — we wanted to put Sheffield on the map for slow music and I feel we’ve managed it now.

Looks like the band has some cool shows coming up in early 2019 — the UK tour with Blind Monarch and a festival in March.  Where is the farthest place you’ve traveled to play?  Where would you like to play beyond these current bookings?

The farthest we’ve been was Japan in March and April in 2018 when we toured with Conan. We’ll play anywhere, the more obscure the better. We wanna do Russia, South America and Africa. We still haven’t played most of Western Europe, Australia or North America either…

I have to ask, where did the name “Kurokuma” come from?

There was a waterfall called Kurokuma Falls that I visited once in Japan. It means black bear, but it was more the sound of the word that made us choose it. Most people spell or pronounce it wrong, but then again that’s almost a metaphor for how we’re generally perceived overall. We’re not for everyone. 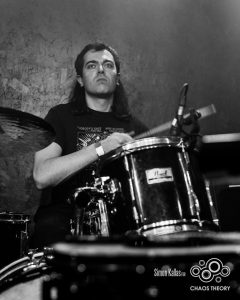 What do you all do when you’re not making earth-crushing doom metal?

My life is honestly very rooted in cannabis — I work in a headshop as well as run a seed company. George is a programmer and produces electronic music in his spare time. Jake is a writer and DJ.

What else do you guys have up your sleeve for 2019?  Would you ever make a full-length album?

We have an EP coming out in the first half of the year and we’re just finishing that up at the moment. There are three tracks on it and they’re all different; it’s much less strict than Dope Rider in its theme, for example. The album is on our minds for sure though. We’ve spoken more than once about what it will be like, but we’re not ready to record it yet. We always laugh about how far we’ve come on just demos and EPs. But we’re gonna take some time to chill and write towards the second half of this year, then when we come back it’s gonna happen. Most of the songs are already written.

While you’re waiting for that full-length, check out Dope Rider below:

Volume Doom will be available on bandcamp February 22nd, 2019.