Following a run of performances in the mainland US earlier this month, Puerto Rican metallers Moths are back to work writing and recording their next release — but they still found time for a little nerd talkin’ with Alternative Control.  From Tarantino to Rowling, the editor suspects readers will find some tastes in common with this innovative band. 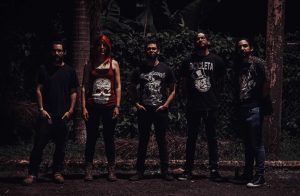 I love the importance given to identity represented by one’s name and how you can easily forget it, forget who you are, and become trapped in this spirit world. I think it is full of symbolism represented through one of the most incredible animations ever; it’s mystical and beautiful, full of so much imagination.

This is the universe of one of my favorite fantasy novelists, R.A. Salvatore, and just as I love his novels I absolutely love this game. For me, it is one of those forever games, not because you remember them forever, but because it’s such a huge world and there is so much to do, and I tend to be so obsessive compulsive in finishing every single side quest there is. I love the storyline and gameplay, but then the universe is so rich in lore, every place is beautiful, and the creatures are so well detailed, it’s impossible not to feel submerged in it as you play.

It might be pretty obvious to me, since it was also written by R.A. Salvatore. It’s a relatively easy read, packed with so much adventure lead by one of the most hard-not-to-love characters, the dark elf Drizzt Do’Urden. I love how all the characters personalities are so unique even if I had read similar relationships in other fantasy novels, but the storyline is super fun to read and you just want to keep reading. Not to mention the battles and fights are so well described and with such detail. It’s a very visual narrative, easy to picture as if you were watching instead of reading. 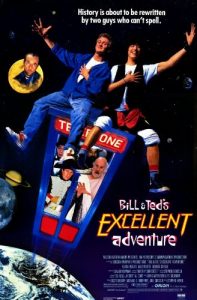 It’s a time travel movie with two metalheads who save the world with music. And Death is in their band. Sold.

The perfect game for perfectionists.

There’s a melancholic tone that permeates the whole story, which I find fascinating. Anyone who feels detached from society in any way can relate to this main character: struggling alone and unnoticed through an existence that seems pointless, ever-searching for the purpose, losing or leaving behind people and places that eventually fade away from memories. Driven to madness and extreme decisions after being forcefully plunged into a dirty world of slavery and ignorance, the story shows exactly how strong an impact our natural gifts can have on our surroundings and ourselves.

Favorite Movie: A Boy and His Dog

This movie started my love for Cult Classic B movies. It’s a grim glimpse of humanities decent after self-destruction. Now I don’t wanna spoil anything, but the ending to that movie is something to behold and should be seen with an objective frame of mind to just how horrible basic human instincts can take over as the normal human way of life.

A quirky character with an amazing visual representation? Check. One of the best villains in all of video game history? Check. A fun and engaging story? Check. The game has it all in spades and not to mention just how fun it is to replay and get all those items you maybe couldn’t get on initial runs of it.

Those guys just pump out an amazing read. Arguably the best one has to be “The Fall of Reach” the book that starts it all and lets you know who the Master Chief is and how he ended up in the Halo Installation. Later books explain a tad more of the universe and show off new heroes and other horrors of the world. So definitely the Halo Books and Comics gotta be tops. 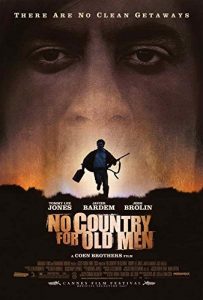 Movie: No Country For Old Men

The Coens have done just about every type of movie you can imagine, and they delivered yet again with this thriller. It has a simple plot compared to some of their other films, but the tension and the amazing performances kept me engaged from start to finish. And it has some of the best cinematography I’ve seen in a movie, courtesy of the legendary Roger Deakins.

Such an underrated game from the last days of the PS2. I’ve finished this game multiple times and never get tired of it. The gameplay reminded me of Zelda mixed with some hack and slash titles like Devil May Cry. It’s the use of Japanese mythology with traditional art it’s what made it stand out for me and visually it still one of the best looking games I’ve seen.

There’s still nothing like it. It’s so different compared everything that was out at the time, with a more sophisticated story and more serious tone. Alan Moore’s deconstruction of the superhero genre is still a classic to this day.

Tarantino is a genius and having the cast that this movie has, made this movie close to perfection. It has the perfect combination of drama, humor, action, and gore that Tarantino only knows how to do. Also, who doesn’t love watching Hitler getting shot a million times all over his body?

Being able to kick ass on a spaceship, while talking to the other characters, it’s probably one of the most fun times I had when I was a kid. I think I can still play it and be able to remember how to do a barrel roll.

Book: Harry Potter and the Goblet of Fire

I would say that Deathly Hallows is the best one of the bunch, but the action that Goblet of Fire has in it, the return of Voldemort and watching Harry struggle with many things, including his friendship with Ron, it’s something that I will always be able to identify myself with.

Find Moths on Facebook and bandcamp, and check out their performance at The Kingsland in Brooklyn below: