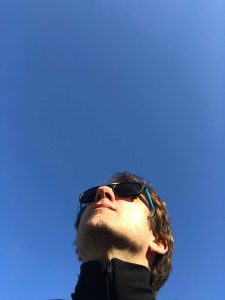 I don’t quite remember when I first met David White.  I was a freshman or sophomore in college, and he was a pensive twenty-two-year-old who drew creepy comics and loved The Smiths.  When I turned twenty-one, he gave me a bowl of ice cream with a shot of gin in it.  He once drove his car off an embankment outside my house — then years later sent me a wooden statue of a space alien that he made as a thank-you for getting his car towed out.  That wooden alien sits in my living room to this day.

At some point, Dave left Connecticut for greener pastures Florida, then emigrated to yet again to Tennessee.  There he met his beautiful wife Christine, became a loving stepfather, and left wild ways behind in favor of nurturing his obvious artistic talent.  His latest endeavor is The Wholly Church, which I’m not sure whether to call an organization, a community, a cool website, or…  I don’t know.  The aforementioned website says, “We seek to provide a sense of community, warmth and inspiration to an informed world. Our values are thought, compassion, awe and honesty. All who come are accepted here. If you can handle us, we can handle you.”

What I do know is that The Wholly Saints, a facet of this Wholly Church concept, are freaking awesome.  This artwork series turns remarkable humans into saints, depicting them in the style of religious icons and spreading their wisdom as Gospel.  The Wholly Saints are a marriage of Dave’s illustration talent, sardonic wit, and some divine illumination that he must have found after leaving Connecticut.  Learn about Saint Carlin, Saint Hendrix, Saint Angelou and more here.  Also, find The Wholly Church on Facebook and Twitter. 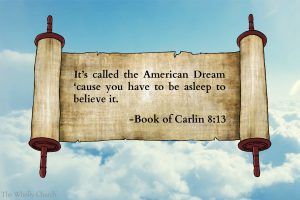 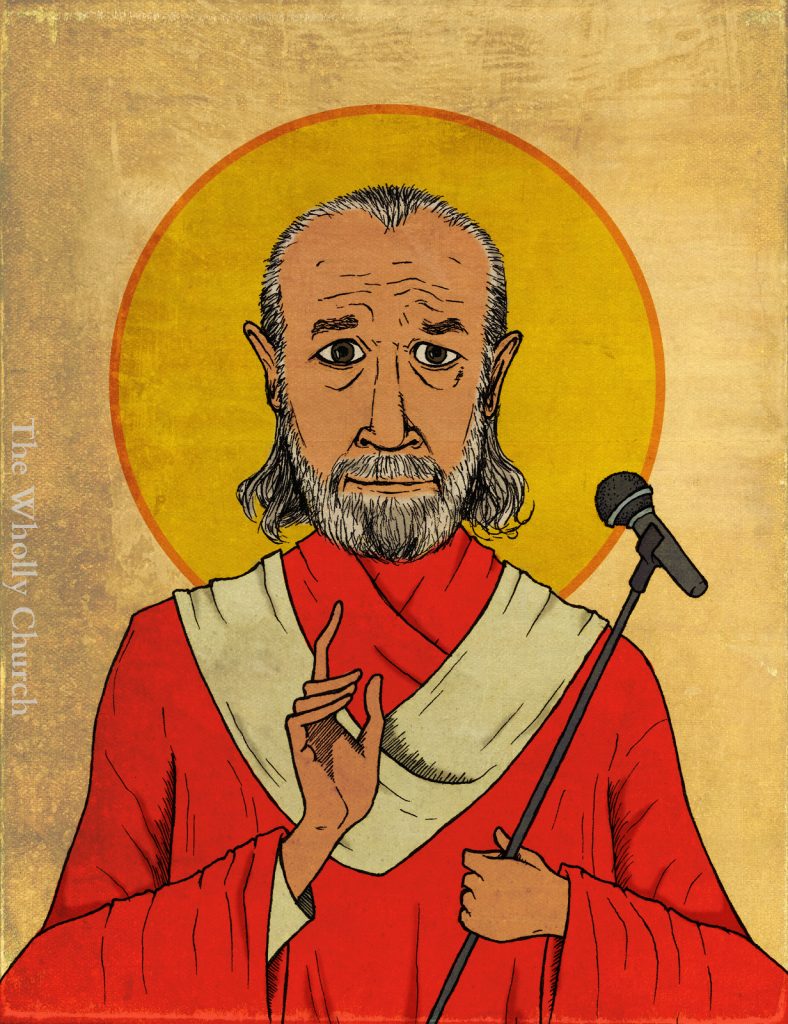 Dave’s Nerd Talk reveals a love of cowboys, sci-fi, and Stephen King.  Check out what he has to say below:

For the first two hours of Red Dead Redemption I hated John Marston, so far that I was even disappointed I was going to be stuck with this guy for however many hours it took to beat the game. You see I like my cowboy heroes silent, The Man With No Name style. They respond to questions with a squinted look down the brim of their hat. But the protagonist of Redemption would not shut the fuck up. I mean this guy wanted to talk to everyone, about everything. But then as they say actions speak louder than words, even if there are a lot of words, and I began to warm up to this social butterfly. I soon realized this wasn’t just some asshole, this was Jubei Kibagami with a set of revolvers and a mission to save his wife and child. This game was a lot of things. The graphics were incredible with little tweaks like raindrops on the screen when you look up at the sky on a rainy day. It wasn’t particularly difficult but there was always a cathartic sense of closure every time you put a bullet in a longtime adversary. And it had plenty of ways to keep you occupied when you just wanted to zone out, from poker in saloons to bounty hunting. But what it had the most was story. John Marston and his quest for redemption transcended the typical conventions for engagement in the gaming medium. This wasn’t just a game, it was powerful literature and by the end, it changes you. 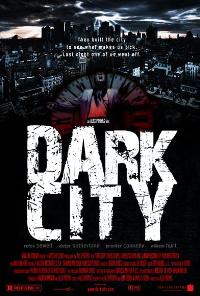 Every ten to fifteen seconds in Dark City is a different cut. Each cut often shows a different scene with a different set. What’s incredible about this is that a.) you don’t even notice this and b.) every set you see was actually made. Understanding that this entails a small city complete with highways and actual cars built in a warehouse is to say the least impressive. And it is beautiful. The concept is that the city is built by creatures from a far away world who have studied humans for a hundred or so years. They then used everything they knew to design the city and imprint personalities on the inhabitants. The result is a conglomeration of the entire 20th century American culture rolled into one single society. From the architecture to the clothing to the slang every era is accounted for. At the heart of all this is an endearing story with heavy German Impressionist overtones about love, identity, their connection to the human condition, and Riff Raff as a badass alien antagonist.

At the center of all existence stands a single structure to which all dimensions and possibilities are bound and dependent. This structure is called The Dark Tower. While evil forces attempt to bring the tower down and unravel reality a single man is on a quest to stop them. While John Marston may be the opposite of The Man With No Name, Roland Deschain of Gilead is the pure epitome. He only talks when there’s something to say and the size of his convictions is such that there is no room for a sense of humor. Luckily early on in his quest (The Dark Tower is in fact seven books written over a 20+ year period) Roland pulls together his ka-tet, complete with a legless woman with two personalities (Susannah and white man hating Detta), comedian and all around great Eddie Dean, twelve year old boy Jake, raccoon and canine hybrid Oy, and eventually vampire hunting priest Callahan. For any lover of the work of Stephen King or just the study and examination of storytelling on an epic front, The Dark Tower series is a must. There are so many genres present here that there’s just no easy way to describe the books without reading them. And if you haven’t read the books and really want to go all the way, I strongly recommend first reading Hearts in Atlantis, Black House and The Little Sisters of Eluria, in that order.

In case you need another reminder, go find The Wholly Church on Facebook and Twitter right now — and check out all of The Wholly Saints here.  The wooden alien demands this of you…. 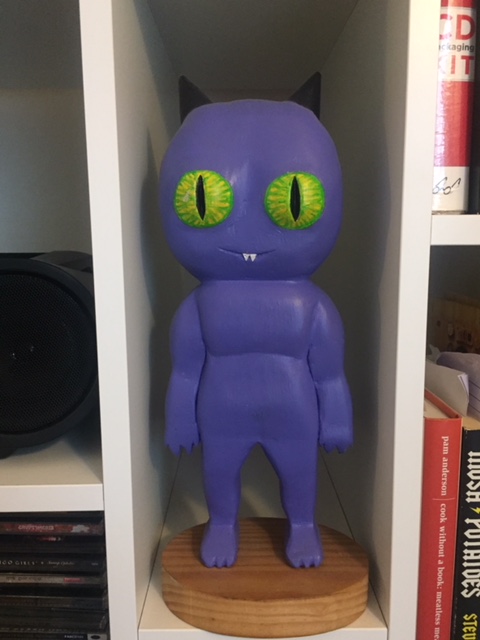