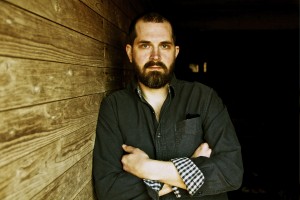 When I read the title of Before Our Time’s first track, “Hold On Tight,” I sighed — was I about to review an album full of clichéd alt-pop drivel?  But “Hold On Tight” went beyond the expectations of its name, a jaunty guitar-driven number with an abrupt ending.  I decided to see what Sperry Alan was all about…

The Canadian one-man band’s penchant for unexpected transitions carries into second track, “Made of Mistakes I Am.”  Piano and guitar take turns driving the song forward against a backdrop of shifting rhythmic feels.  John Alan Sperry, the mastermind behind this project, has a voice that’s endearing and emotive in its imperfection.  Female backing vocals on “My Woman” paint a picture of a real life love story, just two hipsters drinking craft beer and taking pictures of their dog.

Most of Before Our Time is mid-paced and soulful, described by the composer as an “autobiographical concept record.”  This memoir is delivered in short bursts at times, with several songs under two minutes.  The danger in writing an album about one’s own life is the risk of coming off as self-absorbed, but Sperry Alan avoids this pitfall.  However, sometimes the “short bursts” are a bit too short — fifty-five-second closing track “Pigs” ends out of nowhere, leaving listeners with a disjointed feeling.

If you like your folk rock with a twist, listen to some tracks on bandcamp — you’ll find at least a couple that will catch your mood.  You can also find Sperry Alan on Facebook, YouTube, Twitter, Soundcloud, and the web.  Enjoy!