“JIM” (all caps intentional) is the new video from Canadian artist Bif Naked off her upcoming album CHAMPION.  Using a boxing motif, the video tells a chronologically backwards story of a lover finding out that her partner is unfaithful.  Watch below!

So I could tell from this theatrically produced video that Bif Naked is not small potatoes.  I had been unfamiliar with her work, but she is among Canada’s 150 top-selling recording artists, with a career that began in the mid 1990s.  CHAMPION will be something of a comeback album, as her previous record The Promise was released in 2009.  Now a breast cancer survivor, Bif is also renowned as an author and public speaker.

With all that personal cred behind an empowering pop rock song, I kinda wish the video wasn’t about Bif punching a guy.  Yes, the idea is that she’s standing up for herself — but would someone make a video about a man catching his female partner cheating and then beating her up?  Probably not.  There are plenty of other ways that Bif, writer Steven Snake Allen, and director Doug Fury could have depicted the song’s message without glamorizing intimate partner violence. 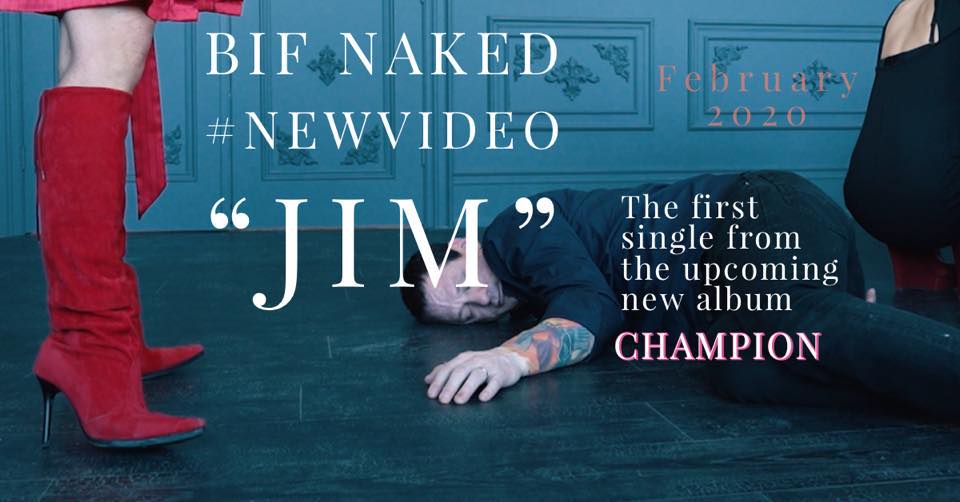