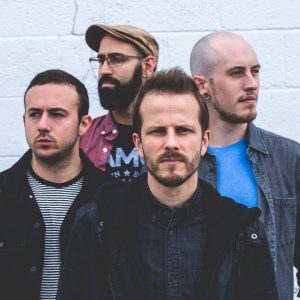 If you’re looking for pop rock, EverIgnite is your new favorite band.  This Denver quartet just released their debut album Shift on September 28, 2018, and are ready to tour the country in a blaze of glory.  The featured single “On Fire” (ignite, on fire, get it???) is a hooky melange of harmonized vocals and predictable but comforting song structure.  Get warm and cozy with that special someone, sip some warm apple cider, and bob your head to the beat.  (Or alternately, light your radio on fire and get the hell out of there — “run like the house is on fire,” as the lyrics advise.)

But before you commit arson and insurance fraud, check out the video for “On Fire.”  EverIgnite look like a pleasant bunch of guys who would be fun to have a beer or cream soda with.  If they were playing at a bar, I’d clap along.

Overall, I’d think EverIgnite could use a little more edge to their sound — but that’s not what they’re going for.  This is well-produced and broadly appealing music that will take the band out of the van and into many American living rooms and Spotify playlists.  I wouldn’t be surprised to hear this music featured on the soundtrack of a romantic comedy or primetime TV show in 2019.  EverIgnite has a brightly lit future ahead of them.