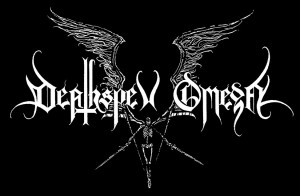 Heavy metal has been known for its extremity and controversy for a number of years, almost as long as it’s been a genre. Ever since Black Sabbath’s debut album in 1969, it’s challenged society’s acceptance and moralistic tolerance. Yet as years go on and once taboo facets of underground lifestyles become conventional, shocking the system becomes significantly harder. In the past, Satanism was frightening. The thought of kids worshipping Satan through music was seen as a real crisis – possibly tearing down the fabric of civilized life. This fear came to a climax in the early 90s when naughty, misanthropic teenagers in Norway were burning churches and stabbing people in the name of Satan. Heinous acts like these were necessary to stay “true” to the hate and evil that rapt the pedestrian lyrics of the newly invented subgenre of black metal. It was unpleasant, tortured music that roared disdain through blast beat drums, tremolo picking guitar lines and shit production quality. At one time, it was pretty intimidating and nasty. But when the shock wore off, it became a bit laughable.

Now here’s Deathspell Omega, a black metal band from France. Deathspell Omega is terrifying. They approach the black metal genre and the idea of Orthodox Satanism from an educated, analytical and absolutely chaotic standpoint. Many traits separate them from other modern black metal bands. For one, they’re protective of their anonymity. They rarely agree to interviews and shun any sort of photographic or journalistic representation. They also take special care in how their music is presented. Album sleeves are drawn and decorated with beautiful, diabolical symbolism. Lyrics are usually included, written like high-brow religious poetry but drenched in unorthodox philosophy, metaphysical concepts and nihilistic folklore. And then there’s the music itself…

Deathspell Omega is a hard wall to penetrate. More than a couple listens are required to fully understand what the band is going for. Instruments are mixed at such volume, echo and immense overlay that compositions sound like fucking bottomless, pitch black chasms of audial torture. It’s the closest thing to the music of Hell that I’ve ever heard. Within the mix, guitars bash and cascade in rabid storminess, choirs howl and scream in the screeching ambience and drums smash about in a practically anti-music approach. And the gurgling death growl of the lead vocalist is disgusting, agonizing and personally intimidating. Even when the music falls into momentary interludes of quietness, the dissonance is uncomfortable. None of this is hyperbole. It’s fucking destructive and awe-inspiring music, and cements the band in an unprecedented position as something truly taboo, challenging and frightening. If you’re interested in giving it a shot, here are four personal recommendations:

Drought – This EP is a great introduction to the band. Many traits are pretty straightforward and the black metal wall here is easiest to penetrate. It’s still a disgustingly dissonant affair, but the approach at times is rather traditional. It’s got more dirt than ambience. The transitions are clear and the composition though chaotic is focused on the “song.” Although a bit of a stretch, I like to think of it as Deathspell’s rock album.

The Synarchy of Molten Bones – This is Deathspell’s latest full-length, which also happened to make it to my top 20 of 2016. Its short duration assures that the music doesn’t tire itself out, but it’s a wild 30 minute ride. A single composition is separated in four movements, alternating between sour, almost stoned seas of distorted ambience and hyper tense black metal dramas. Despite the sheer intensity of the music, the instrumental narrative remains focused through the whirlwind. Lyrically, the band moves away from Satanism into mythology.

Paracletus – This is probably the most immediately enjoyable of their albums, at least for me. It’s the final part of an album trilogy about the relationship between Man and the entities of God and Satan. Some parts of this can be downright head-banger accessible while other parts are some of the most blistering moments of music they’ve ever done. This repelling relationship between avant-garde freak-outs and crust/black metal grit makes for a dizzying but navigable listening experience.

Fas – Ite, Maledicti, in Ignem Aeternum – Translated as Divine Law – Go, Accursed, Into Everlasting Fire. I’m going to get pretty fanboyish here. In my opinion, this is one of the most cerebral, terrifying and godly musical experiences put to tape. I warn that it’s only for the most seasoned black metal and avant-garde listener. The musical wall here is practically impenetrable, the production is absolutely suffocating. The music is pure insanity, but with the grandiose and focused purpose of giving glimpse into the void of theological Christian Hell. Within this album is pure hopelessness, ulcerating grief and the terrifying realization that you are very, very far away from the light of God. Not trying to be overly religious here, I’m just setting up the proper emotional stance. I recommend listening in a dark room and turning up the volume to max for one of the most hallucinogenic and intense musical experiences of your life.