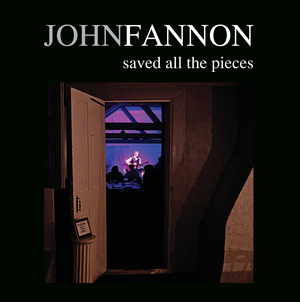 Alternative Control recently had the opportunity to talk with guitarist, songwriter, and Emmy Award-winning audio engineer John Fannon, formerly of the classic rock band New England.  Here’s what the Massachusetts musician had to say about the new solo project he’s working on… Enjoy!

What inspired you to return to the music scene as a solo artist over thirty years after New England disbanded?

I have never stopped writing, and composing music. I had been talking about recording and performing again for many years and my wife Linda convinced me ‘to just do it.”  I started playing a few songs at parties for a few friends in my living room and it felt great to be performing again. I eventually booked my first show.  Fans came from hundreds of miles away to see me…. It was very exciting!  Then when I did my second show at Club Passim, and a fan came from Japan to see me, that blew me away! I knew that there was a worldwide fan base still out there waiting to hear new music and I was passionately excited to make a new album!

What influences do you draw on in your solo work?

Old influences I have always had… The Beatles, a little Pink Floyd, Moody Blues and new influences U2 and Coldplay…. and I am sure there are others because I am always listening to new music….

What is in your CD player these days?  Are there any current or classic bands that you particularly admire?

I mostly listen to contemporary bands like Coldplay, The Killers, Arcade Fire, Bon Iver and many more! As far as classic bands I still admire… too many to count but to name a few…Led Zepplein, Beatles, ELO, Queen, U2, Jimi Hendrix, Crosby, Stills, Nash and Young. 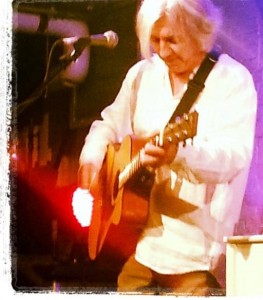 Tell me about the recording process of Saved All the Pieces.  Did you work with other musicians or record various instruments yourself?

Jimmy Waldo, my New England bandmate co-wrote and played some great melotron on Just Run, but 90% of the album is just me in the studio writing, performing, producing and engineering. I love working alone creating and the studio is the perfect environment for me. There are no defining barriers between producing, arranging, writing….it all gets rolled into the record making process…

Is your recording studio The Explorer Suite your main “bread and butter” or do you do something non-musical for a day job?

The Explorer Suite is my bread and butter…. My day job you might say! It is a one stop complete audio production boutique studio that includes composing, sound design and post production audio mixing for TV, radio and all other media. I also work with singer songwriters, producing, co-writing and helping to develop their careers

I’ll just say we had our moments! I’ll let you use your imagination…but some memorable concert highlights were opening for Kiss at Madison Square Garden, Montreal Forum, and The Pontiac Silver Dome…. Playing all over Texas with AC DC and Journey and our own sell out shows all over the US…

If you could put together a “dream tour lineup” for your solo project, who would be on tour with you?

My solo tour is literally solo. I am on stage alone with 5 acoustic guitars, a Les Paul, a Strat, keyboard controller with many sounds…. pianos, strings, choirs and melotrons. I do have special guests who join me on stage and that is where the dream team would evolve… Paul McCartney, John Lennon, George Harrison, Todd Rundgren, Jeff Lynne, I could go on and on….

Do you have any shows coming up?

I recently played in NYC and also had my CD release performance at the legendary Club Passim in Cambridge MA on June 22nd. That finished off this leg of performances.  I will be doing some guests appearances over the next couple of months… and then beginning my next performance schedule Nov 1 at The Amazing Things Arts Center in Framingham, MA. That will kick off a lot more performances over the next year!

John Fannon’s new CD Saved All The Pieces is available at www.johnfannon,com, iTunes and all other digital stores world wide.

For more info on John Fannon please go to www.johnfannon.com and or https://www.facebook.com/JohnFannonMusic.