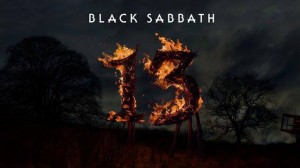 Failure is often expected when a band attempts to rekindle past glory. You almost laugh when you hear news of a once highly respected and relevant band getting back together in attempt to get the creative juices flowing. This is usually because the band’s true intentions are financial. The members need more money to help pay for a number of expenses and care for their families. The easiest way to do that is to announce a reunion tour, record an album of half-assed songs, pretend that there’s a genuine friendship between all the members and trick fans into thinking a new fiery energy, as well as the need to be the best band in the world, has returned to prominent importance in their hearts. Yeah, bullshit. 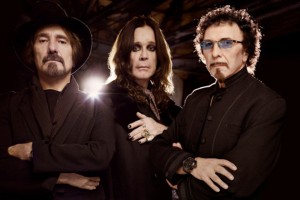 So when Black Sabbath announced that the original lineup has reunited to write songs and play shows, I was more than a little skeptical. In fact, fans seemed to be divided between the skeptical and the hopeful. No one seemed sure that it was going to be a great endeavor. Add on the fact that this reunion was plagued with bad luck from the start. Soon after the news, Tony Iommi was diagnosed with cancer and Bill Ward made a dramatic and spiteful departure due to financial disagreements. Yep, the train was beginning to derail already. Plans for a new studio album were becoming less and less likely due to heavy setbacks. But, the band managed to pull it together. 13 was released, and fans held their breath as they placed the disc in their player and with a shaking hand, pushed the play button. I’m sure it didn’t take long for the color to come back into their faces, though. As for my first listen? I squinted my eyes and winced a bit, until that first doom-leaden riff hit my ears and I humbly smiled. I have to give it to the band; they’ve defied my cynicism and made a pretty strong album.

One thing about this album which has found a lot of criticism from some people is the production. I disagree. I think the production is fantastic. Rick Rubin has made magic happen here, simultaneously crafting a sound that although crisp and modern, retains that vintage crunch of 70s Sabbath. There’s no question what band you’re listening to when “End of the Beginning” comes in with that first, dejected riff of doom. The musicianship on this album is top-notch as well, which is to be expected. Let’s face it, the band was never really known for their technicality, more for their sound and innovation. The process of old age hasn’t taken any ability away from Iommi’s talent for creating a memorable riff, or Geezer’s tasteful bass playing. Newcomer on the drums Brad Wilk from Rage Against The Machine actually impressed me the most with his restrained and tasteful playing. He keeps the showmanship down; keeping to rhythms that match the flow and mood of the song he’s playing. Ozzy definitely shows his age through his singing, but he still gives a pretty good performance, wisely staying away from over-straining his vocal chords to hit notes that he knows he can’t hit anymore. Plus, I think the aging of his voice has made him sound even creepier and a more befitting ghoulish presence for the album’s darkest moments.

The enjoyment and approval of this album depends solely on your expectations. Did you want Black Sabbath to make something that you’ve never heard from them before? Or, did you want the band to create something that harkens back to what they’re known for? If you’re in the latter group, then I can’t see how you wouldn’t enjoy this. This fucking album is saturated with the past. Sections of songs immediately took me back to the first time I heard “Paranoid,” “Fairies Wear Boots” and “Black Sabbath.” In fact, my first time hearing this was quite a nostalgic experience. But that’s not to say the songs are just mere collages of old, unused musical ideas. The songwriting is distinctive enough to set 13 apart from the rest of their catalogue. I feel that a few of these tracks were able to take the early Sabbath sound heard on the first two records and expand it into the epic proportions heard on the later Ozzy-era Sabbath albums. “Age of Reason” is an example of this, and a personal favorite. The riffs are simple, bluesy and weighted down, but the song soars and stretches and grows into a bold anthem. Another favorite of mine is “Zeitgeist.” This track is definitely taken from the “Planet Caravan” rule book, but god damn it’s just beautiful. The song is absolutely stoned off its gourd, whimsical as a wizard’s spell book and almost emotion-inducing in its melancholy. In fact, it might just be my personal pick as one of their all-time best songs.

I do have a big criticism here – the lyrics. I can’t take any of the lyrics seriously. Frankly, they’re juvenile and corny. Mumbo-jumbo about scary things at night, the fear of Hell and political/spiritual ramblings that a fifth grader could put together just doesn’t do anything for me. It’s usually easy for me to ignore bad lyrics for the most part. As an avid music listener, I pay the least amount of attention to the words. But Ozzy’s voice is pretty upfront in the mix, and it’s hard not to wince at certain Geezer Butler master phrases such as, “He’s just a loner. He never says hello. A friend to no one. He’s got no place to go.” and “To safeguard my philosophy until my dying breath, I transfer from reality into a living dead.” Yuck. Maybe if Geezer wasn’t trying to put together heavy metal Dr. Seuss, he could focus on stringing together some more thought-provoking poetry.

All in all, this album was a success. If you feel underwhelmed by what you’re listening to, just keep in mind what the band went through to make this happen. Don’t set expectations too high for a band that hasn’t done something creative together for 30+ years – they’re a little rusty and I’m not too sure they’re as close as they were when they were young. But although they might have reunited for financial reasons, I don’t feel they just threw this album together just to try and get a product out there.  They must have worked hard on this, and given the unfortunate circumstances surrounding this reunion, I have to applaud the effort. They put something together that stays true to their sound, doesn’t take too many chances but executes the epic doom and gloom that the band is known for. If you find yourself thinking “I’ve heard all this before, by so many bands”, remember that this is the band that spearheaded this kind of music; they have every right to an album that sounds like this. If this happens to be their last documentation, I feel good about the band providing 13 as an apt final chapter to leave us on.