On Saturday, October 8th, Parkway Drive, We Came as Romans, and Counterparts rolled through Boston as part of the Unbreakable tour. The energetic tour spans all of North America, drawing fans of all ages (likely as a result of Parkway’s longevity as a band).

Massachusetts thrashers Lich King kicked off the party at the House of Blues and were met warmly. Despite having very different music from the tour package, the floor was extremely engaged in their set. Push pits, crowd surfers and smiles were a dime a dozen as the Massachusetts natives jammed through their music. The band featured aggressive vocals, soaring guitar solos and a very comedic frontman that made sure the venue paid attention for the entirety of their set. 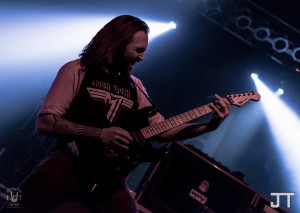 Counterparts was the first part of the tour package to take the stage. The Ontario-based hardcore band seemed new to most of the audience, but it didn’t take long before they were fully acquainted. The band radiated a contagious amount of energy. Those in attendance found themselves head banging and jumping along to the music as the band ripped through their set.  Touring on their latest release, Tragedy Will Find Us, the four-piece played crowd favorites like “Stranger” and “Witness.” 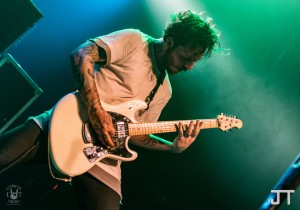 The opening act on the tour package certainly did their job; the entire venue yearned for We Came As Romans to take the stage. Between sets, American classics like “Sweet Home Alabama” and “Livin’ on a Prayer” echoed throughout the venue, as the roughly two thousand in attendance sung their hearts out. Fans crowdsurfed their way all the way to the We Came as Romans set — and they didn’t stop there. 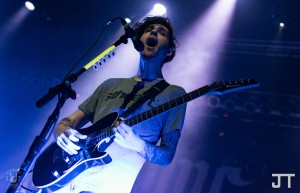 The Detroit natives took the stage as the title track to their 2013 release, Tracing Back Roots, riled up the atmosphere. Although the band features a tandem of talented vocalists, only one took the stage to start the set. “Tracing Back Roots” features one vocalist singing the first half of the song, and the other singing the second half. While this was an interesting and unique moment, the two frontmen worked as a true team for the rest of the set. The bands newest single, “Wasted Age,” was playing right in the middle of the set and was well received by the crowd. The song strays away from We Came As Roman’s newer sounds, back to their roots. It also truly showed the power that the two vocalists have when they join forces. The vocal arrangements added new touches to “To Plant a Seed,” the band’s 2009 single that was a large part of their rise to fame. Finally, the band closed the set and left the stage with their anthemic hit, “Hope.” 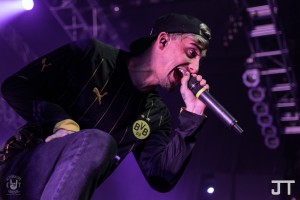 Quickly, venue staff took the stage and began to unveil the set up for Parkway Drive. The stage arrangement was much like the band, in its simple yet powerful delivery. The Australian band and their powerful anthems took the stage relatively quickly after We Came as Romans left. The metalcore titans kicked right off with their 2015 song “Crushed,” which has amassed over six million views on YouTube. Every song the band played truly soared, casting a spell of metal over the room. The audience seemed enchanted to sing along to every single song, old or new. 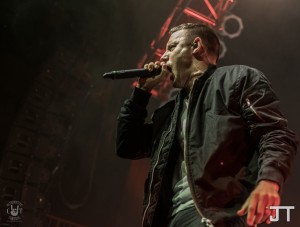 Just when it seemed that they could not hit any harder, the band shot confetti and CO2 cannons into the air. Titanic songs like “Vice Grip” and “Dark Days” used their arena-filling guitar riffs to bring the venue to a true euphoria. When Parkway Drive played “Bottom Feeder” as their encore around 11pm, fatigue was not a factor and the crowd poured their hearts and souls into the song, matching the band’s commitment.

As a music fan first and a photographer second, the show truly blew away previous performances I’d seen from these bands. Do yourself a favor and catch these bands as soon as you possibly can.