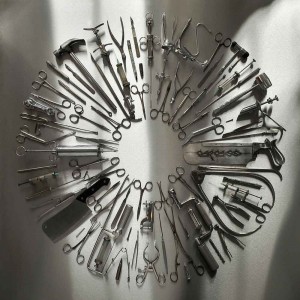 For me, listening to a new metal album is a comforting experience. When I turn it on, I can pretty much guess at what I’m going to hear. I’ve been listening to this music for so long, that I feel like I’ve heard it all. For me, almost everything the genre offers seems like a rehashing of what other metal bands have done before. I can listen and think to myself, “I remember when I first heard this Cephalic Carnage riff on that Slayer album a long time ago. It still sounds just as good now in its slightly tweaked form.” But honestly, this isn’t necessarily a negative trait. I feel that listening to metal is a nostalgic experience. You can put on the new Arsis, Revocation, Cannibal Corpse and Black Dahlia Murder record and experience an instant gratification of familiarity. These bands certainly try new things, but at the core, the music is filled with tribute. In a way, the relative sameness of metal gives the genre a strong sense of oneness. Perhaps this might stand as a theory of why many metal fans feel like they’re part of a brotherhood, a way of life even.

Carcass’ recent document, Surgical Steel, is a goddamn lesson on how to make a familiar album sound incredibly exciting and fresh. The unarguable truth is the fact that these guys made one hell of a tight, precise and convincing musical statement. The album certainly nods to the past, a lot, but the music is too proficient to criticize for its somewhat safe sound. “Heartwork 2.0” is almost a paradox, presenting itself as a nastier/cleaner observation. The underlying vileness of Carcass’ sound is ever present and dangerous, but the epic triumph of Carcass’ more melodic side is even more engaging and exciting. Furthermore, the intensity of these two traits grows in scope as the album progresses. Using a Carcass friendly analogy, the album is like opening up a body for emergency surgery during a battle. At first, there’s focus on just the gore and the pooling blood of “Thrasher’s Abattoir,” but then a later song like “Noncompliance to ASTM F 899-12 Standard” reminds you that you’re in the middle of a fucking war zone, and there’s incredibly heroic and triumphant military feats happening all around you. Throughout its entirety, the machine gun fire doesn’t let up and the destructive power of the enemy increases. At the album’s end, you’re pretty exhausted. Actually, you’re dead. You’re fucking dead.

It’s a little surprising to find the band in such top form. Usually you expect these reunions to fall flat on the creative side of things. Rather than trying to rekindle the fire, the guys picked right back up again at the same pile of bodies they were burning with their devastating music in the mid-90s – the piled bodies of their fan base, moshing and breaking faces to a band that’s been kicking ass since the 80s. This album is like reuniting with the bully that used to beat you up in high school, only to find that he’s still just as angry, and a lot more disgruntled in his older age. Fortunately, eating knuckles has never sounded so good.