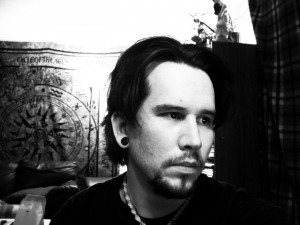 Jeff McCarthy of Against All Odds Productions has been writing a bit for us over the past year.  This week, he and I “sat down” via email to talk about some of the bands he’s working with and their releases.  Here is what he had to say about Know Nothing, Fistula, and Meth Drinker among others, and how he runs AAOP.

How does Against All Odds Productions find bands to collaborate with?  Do you go to them or do they come to you?  Or some of both?

Well for me I guess it’s simple: I have been immersed the music scene on and off since high school, that is 20 years now, I have run many shows at many many different venues over this time, and I have made both friends and enemies.  All this helps my process of releases for bands. If I hear something I like, I approach the band, no matter their “status.”  I get a few emails each week about releasing music for bands, or for trading or whole sales. I generally respond to all emails and reaching out by bands and representatives or just fans. I get great satisfaction from reading the thank yous and the support for more releases. Since I have been releasing cassettes this past June, we’re up to 5 releases with more in the works. I feel pretty good about the direction Against All Odds Productions is heading in.

When it comes to distro, I generally leave that up to others to do — I produce and manage. However, I do carry Fistula merch on the bandcamp page.  Any band, representative, band manager, label, fan, or angry neighbor can reach out at anytime. I do trades for merch and I also do whole sale prices.

How did AAOP begin working with Coventry, CT hardcore band Know Nothing?

In 1997 I had been working on a fanzine called Against All Odds (no Phil Collins connection unless your ignorant and short sighted).  I had seen Know Nothing play at the Bristol skate park with Groundzero (I forget who did they go off to form…….).  After their set, I spoke to them about their music and the fanzine, and thus I was introduced to my first glance into the music scene. Over the years I have helped them with booking shows and filming shows throughout New England.  The line up changed over the decades from 6-member band to the current lineup of three (Doug, Chris, and Brian).  This project is all DIY to the core; I am hoping to release this in some format in 2016, but that is not a certainty because there are lots of offers on the table for the band.

Their new album Well Deserved Human Suffering is currently a digital release.  Is a physical release in the works?

If there is anything I can do about a vinyl or cassette or both, I will release it on Against All Odds Productions. As it is truly brutal and just the right level of genre blending I like. But ultimately they’re free to sign with anyone.  I have worked with them in many ways in the past and I’m sure this will continue into the future.

Why was this album “five years in the making”?

In addition to the lineup changes, there were some children born, people moved, and lives changed dramatically in this time as well.

I’m finishing off 2015 by releasing Pot of Piss at The End of The Rainbow from the Welsh sludge band Tides of Sulfur.  Appropriately, this is on a piss yellow cassette — seven tracks, two of which were freshly recorded just for this hairy release.  This is up for pre-order now for $5, shipping worldwide in December.

After that I have the Toxicology Report by Fistula//Ratstab vinyl release of 200 black 100 clear purple 7′. All the pre orders are getting a clear purple album and a 3D printed insert.  These albums are going to be the old style jukebox sort with the Ding in the middle (larger hole). This little treat is being pressed and will be ready for a late January release, $6.

I also have a April 2016 re-issue of Idiopathic by Fistula (OH) coming out on Street Trash Green cassette, as I have alluded to on different websites. This will include some previously released material for the lusting soul.  Sounds like the stoner doom of the late 90s-early 00s, listen below:

We have a re-issue of  Accept Death’s (OH) self-titled from Retribute Records being made for the Accept Death/Fistula European tour in October 2016.  Originally released in 2006, the album was favorably reviewed on Blabbermouth.  Here’s a taste:

There are numerous other releases confirmed and in the process of being confirmed for 2016 that I cannot announce as of yet, but this year I plan on putting out more than 10 releases.

What other bands is AAOP working with at this time?

In addition to those mentioned above, I’m also releasing music from The Asound (NC), Ratstab (RI), Healer, Meth Drinker (New Zealand), and Power Whores (RI). There are several other bands I’m in talks with, and some others I cannot release the information about as of yet or at all. I have worked with many bands throughout the years — some who have gone on to become nationally famous, huge even (Stone Titan, T.W.I.A.B.P…, Full of Hell, You Blew It!).  As I see it, we all play a part in the scene and anyone can be a part of it as they wish. I have always encouraged people to do so.  Talk to each other and make this thing stronger.