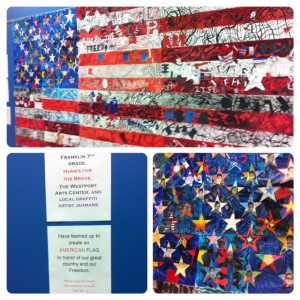 When I asked my first and second grade students the reason we celebrate Memorial Day, I got a few off-the-wall responses – but you know what I didn’t hear?  “So Mommy and Daddy can buy new mattresses!”   Or used cars, or guitar gear, or anything else for that matter.  I know that practically everything has to be commercialized in America, but the remembrance of fallen soldiers?  Sleepy’s, give it a rest!

If you listen to FM radio any time in the month of May, you’d think Memorial Day was a holiday celebrating the moving of last season’s merchandise.  Remember those king-sized mattresses that came in three months ago?  THEY GOTTA GO!!!  You won’t find a deal like this until at least Flag Day!  Maybe even Fourth of July!

Originally called Decoration Day, the holiday originated shortly after the Civil War to commemorate fallen Union and Confederate troops.  Memorial Day used to be observed on a fixed date – May 30th – but in 1971, it was moved to the fourth Monday in May to create a convenient long weekend.  In 2002, the Veterans of Foreign Wars organization stated in an official address, “Changing the date merely to create three-day weekends has undermined the very meaning of the day.  No doubt, this has contributed a lot to the general public’s nonchalant observance of Memorial Day.”

By the end of one first grade class’s discussion, the kids decided that Memorial Day was about “remembering the soldiers,” “giving the soldiers respect,” and “being kind.”  Okay, I’ll go with it.

But where did all that discussion and drafting get me?  Honestly, everything above this line was supposed to be published on another site several days ago, ending with a list of  Memorial Day celebrations around the state.  Now the day is almost over and so far I’ve spent it on a plane, then buying beer.  In the next few hours, there will be band practice and a friend’s cookout — so I guess I didn’t spend the day as “observingly” as I should have.  Still, I’ve kept in my mind that this is not just another three day weekend.  I’m grateful I can read my brother’s Facebook posts this afternoon rather than decorating his grave.  As he said in the ol’ newsfeed, “Enjoy this day for those who cannot. All gave some, some gave all.”