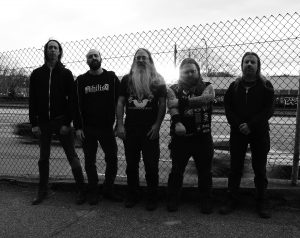 Tough one but let’s go with Crazy Climber (Arcade, 1980, Taito/Nichibutsu)

The mechanics of movement are unique and frustrating a lot of times as things can go very wrong from the slightest momentary hesitation or from trying to move too quickly. Correction after a small blunder can be slow and tedious as well. There are multiple parts on third and fourth buildings where you can only survive by luck. It’s not a very forgiving game and requires intense concentration. Sounds fun eh?

I’m really torn between Evil Dead II (1987) and Solaris (1972). Kind of opposite ends of the spectrum. One aspect they both share is tapping into deep fears/”bad” feelings and not being entirely sure they are really happening or just in your mind. “This can’t be happening” feelings and what not. The comedy elements of Evil Dead II are given too much weight versus the nightmare that’s occurring to the characters in my book.

Solaris is a slow motion claustrophobic sci-fi horror although it’s not classified as a horror, ever. The torment and unhinging of the various station crew is pretty disturbing though. Different take on the book for sure.  Speaking of…

Solaris (1961, Stanisław Lem) I’ve actually read both English translations of this book, and even those differ from each other. Like a lot of Lem’s non-humorous work there is no clear answers at the end. Like life, it’s messy, I like that vs a classical story arc.

And for more from Alternative Control, find us on Facebook, Twitter, Instagram, Soundcloud, and bandcamp.  Thanks to Dewar PR for hooking up this edition of Nerd Talk.