Houston progressive death metallers Wills Dissolve take over Nerd Talk this week.  Check out the creative works that have influenced this talented new band as they prepare to release their debut album The Heavens Are Not On Fire…

Nick Block (guitar/vocals): Although I went through a stretch of obsessively watching arthouse cinema (even directed two short films), I take the most joy from watching The Big Lebowski. I don’t think I can go a day without dropping an “…and thorough” or “calmer than you are” into casual conversation!

Andrew Caruana (guitar/vocals): Kingdom Of Heaven – The Director’s Cut.  A truly epic movie with great actors/cinematography/score and most importantly a story with heart. Ridley Scott’s best movie hands down.

Branson Heinz (drums/percussion): My favorite movie is Hopscotch with Walter Matthau and Sam Waterson.  It’s one of the most classy, funny, and complex movies ever made.  It wasn’t about who f**ked who or who killed who, yet it still kept me on the edge of my seat.

Shaun Weller (bass/vocals): Favorite movie is really hard to pin down, but if I had to pick one, it would probably be Dario Argento’s Suspiria. This was probably the 4th Argento film that I watched, but it was the one that left the biggest impact on me (plus that soundtrack is 70s prog fire). 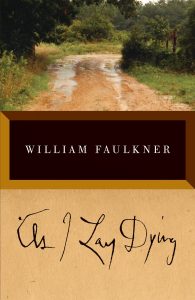 NB: William Faulkner’s As I Lay Dying is my favorite book. Southern Gothic writing just really speaks to me. I still visualize the river crossing scene fairly often despite having not read the book in a while.

AC: A Brief History of Time by Stephen Hawking.  I have a deep fascination with space and the nature of the universe; this is one of the few books I have ever re-read.

BH: My favorite book is Waking Up by Sam Harris.  Harris is one of the great thinkers of our time and he does a great job of exposing the stranglehold and hypocrisies of religion.  It’s a great guide to trying to explore spirituality while rejecting religion.  It echoes my thought that religion must continue to be exposed for the regressive views it forces on society, but that we should always embrace, dialogue, and never cast out people who do adhere to a religion (be it Christianity, Islam, Judaism, Hindu, or whatever).

SW: H.P. Lovecraft’s “The Nameless City.” It’s not one of his bigger stories like the “Call of Cthulhu,” ” Dagon,” or “The Dunwich Horror,” but this one holds a special place in my heart, because I always remember feeling transported to the ancient city under the sand whenever I read this.

NB: I first started playing Diablo II when it first came out back when I was in 7th grade. I stopped for a little while, then picked it back up in college. I’d prefer not to think about how much of my life was spent doing Baal runs.

AC: This was hard to narrow it down to one, but I’ll go with Final Fantasy VI.  It’s a steampunk flavored JRPG with a memorable cast (best villain by a country mile.), with Nobuo Uematsu’s best score and an engaging story.

BH: My favorite video game of all time is Goldeneye on N64.  I just never got better than that.  In modern times, my favorite games are from the Doom Series and most recently Doom for PS4.

SW: Favorite game is a tossup between Final Fantasy VII and Chrono Trigger, just because of the replay value of both. I’ve unlocked almost every single ending on new game+ on Chrono Trigger, and played through FFVII so many times that I’ve probably spent a solid month’s worth of time between multiple saves.