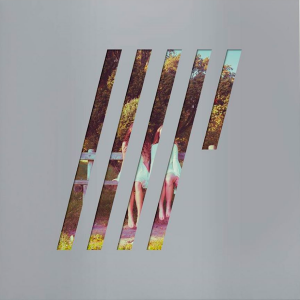 Anyone who is an avid listener of Steven Wilson’s output knows that he has a knack for changing things up. That’s why his recent moves have been frustrating. The last two albums he’s been involved with, despite their excellent craftsmanship, have been pretty predictable. He’s been writing 70s progressive rock; a genre influence that he wears proudly on his sleeve despite his efforts to separate himself from other modern prog bands. His music has been a bit too safe lately, which is why I’m kind of grateful for this new EP 4 ½.

My relief isn’t based on the music alone. Wilson has said that this EP is like a short epilogue to this chapter of his career. He’s promised to go off in a different direction, and these songs are five of the leftovers from his last two offerings (plus a reworked Porcupine Tree track that’s pretty stellar). I’m excited for the future, and I’m hopeful that Wilson manages to catch me off guard with something new on his next full-length.

To be honest, I was caught off-guard at just how much I liked this EP. It’s apparent that Steven took the time to assemble these leftovers into a smooth flowing mini-album of its own, and with its own identity. And ironically, leftover tracks from Raven and Hand. Cannot. Erase take greater chances and show more versatility than those two albums ever attempted.

When 4 ½ pops, it pops sweetly and easy with “Happiness III”. The track kind of bounces and lollygags around in an almost stupid childish delight. The nostalgic winter imagery in the lyrics is really gelling with me right now, since we’re currently digging out from a major snowstorm here on the East Coast.

And when this EP wallows, it wallows with incredibly tender beauty like in “Year of the Plague”. It’s one of the saddest, most beautiful pieces of music I’ve heard in quite a while. Acoustic guitar, violin and piano sing with a gossamer hopelessness, like a soundtrack to a woman weeping over the fresh grave of her lover. Stunning.

“Vermillioncore” harkens back to the best instrumental Porcupine Tree pieces, such as “Wedding Nails” and “Nil Recurring”. Chugging, aggressive guitar riffs work together with bright and cold synthesizer passages to create a piece of music that drives recklessly as it overdoses on painkillers. You can bang your head and rage to it or tilt your head back and fall into a trance.

As much as I enjoyed this, I’m glad he’s closing the book on his prog rock aspirations. I wouldn’t mind a return to the more experimental approach of his first two solo albums. Steven Wilson is at his best when he incorporates a musical vocabulary that’s outside his obvious influences. Hopefully he takes a lesson from this EP. Sometimes, a collection of miscellaneous things can find a way to be a multi-dimensional, homogenous whole. Perhaps 4 ½  is a small “Big Bang” that spawns a new Wilson musical universe.