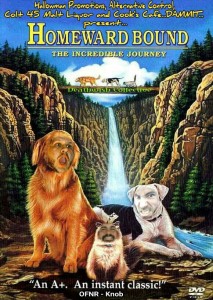 For those of you who may not have known (or noticed), I’ve been away for eight months. Not just away from Alternative Control in the throes of Lazy Writer Syndrome, not just away from The Scene, skipping everyone’s shows and sitting on the couch complaining about no good local music; I’ve been working abroad since May! My travels brought me to Amarillo, TX, to Centerton, AR, and to Joplin, MO over the course of the summer, followed by three months in Las Vegas, before finally returning to this wretched hive of scum and villainy. And if a Star Wars reference doesn’t hopelessly date this article by next month, nothing will…

How my travels become relevant to a local publication that covers music and pop culture is the fun part: I’ve got a show coming up! And our Esteemed Editor asked that I bless the masses with a little insight into what started as a 30 minute set of covers with a handful of friends, and developed into a who’s who of Connecticut’s burgeoning metal community. 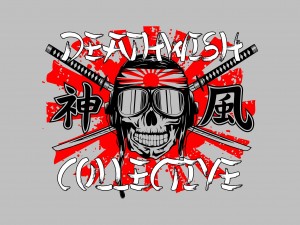 When I discovered that I would be home for a few weeks for Christmas, I thought it would be super cool to jam with somebody. I figured I’d talk to my friends at Cook’s Café and Cherry Street Station, and put out feelers regarding who’s playing January 2nd that could use a supporting act. Two days removed from New Year’s Eve, and the night before I head out to my next destination. Three days before my birthday. A perfect storm, all told. I reached out to some of the people I typically reach out to; I’m always trying to get some kind of sesh going with them, because they’re some of my favorite musicians and good friends. TJ Gramolini from Lightsbane and Into the Coven signed right up, Jeff Miles from Stockholm Syndrome is always down to party, and Bryan Reilly of Continuum slipped from his usual Grumpy Cat impression to get on board. The name Deathwish Collective came from Jeff actually, as a nod to Reilly’s oft-touted Deathwish Coffee. Once that initial gallery of rogues and scoundrels was assembled, the search for the right drummer ensued.

All due respect to everyone who plays everything, but I am of the opinion that the drummer is the most integral role to fill in any project. Your guitarist can be a wanker, your singer can be a diva, your bassist can miss practices… You cannot have a band without a drummer. Before I had even begun in earnest to secure one myself, Jeff landed Shawn Cavanaugh of Kali Ma and Cyperna. Universally known as a stud percussionist, but not somebody I had had much interaction with to this point, I was thrilled to hear that he was interested! And that is where the transformation began.

Shawn is in two bands. TJ is in two bands. Jeff not only plays with a gigging cover band, and continues to fill commitments with two previous projects, but also runs Hollowman Promotions, an entity that supports The Scene. Not to mention some of these dudes are dads raising kids, or at least husbands fulfilling household duties. These guys are all super busy. And mind you, at this point, I am 2,300 miles away from the Constitution State; we’re talking about all learning these songs separately and rehearsing once, maybe twice, before gameday. When it was just five fellows playing four or five easy songs, that was simple…

As the tunes were decided upon, some complex stuff appeared on the setlist. The notion of tagging out came into play, maybe getting another musician to come in on some songs. And what happened was not only a remarkable outpouring of good will, but also an unstoppable avalanche of molten metal.  Jeff posed the possibility of doing an “Agrippa-type thing,” where I sing with different people on different songs. I asked a few more friends if they would be interested in playing a song in the set, not necessarily committing to the project as a whole but hopping onstage to do a tune with me. That is where it changed from “Let’s do a couple Maiden songs and get drunk!” to “Wait there are 13 musicians representing at least 17 different bands playing 8 songs that total an hour of music?!?” 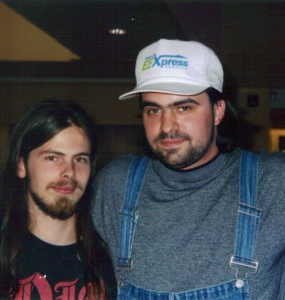 This event is massively special for me and I can’t possibly thank everyone involved enough, even though it hasn’t happened yet. I have the pleasure of reuniting with members of both Ariakan and Red Mud Rising, my most accomplished metal band and my first band ever, respectively. I have the opportunity to invite members of Eyes of the Dead, namely the dynamic duo of Pat and Matt, who were gracious enough to invite me to sing on their last triumphant album. I was there the day the Alley brothers got their first drumkit, saw them set it up in their basement, and now Mile Marker Zero drummer and old friend Doug Alley is sharing the stage with me for the first time. Then there are guys like bassist Jeff Curtiss and our initial drummer Shawn, who I’ve seen play but never had the opportunity to perform with. Jay Niezgorski of Continuum had me sing with a similar collective at their CD release party, and now I’m blessed to do a couple more songs with him. “22 Acacia Ave” is something I have always wanted to do live; SPOILER ALERT Jay suggested it, and now I can check that off my bucket list.

There are countless reasons for me to enjoy and appreciate this experience, but in the end I hope you can come check it out and see a rare blending of the state’s premiere metal acts. The only thing that could possibly make it any better is if the other bands on the bill were all amazing… And that’s the most exciting part! Three completely different acts will be playing as well. Stamford (and Alternative Control)’s own Jimmy Junk Bird and The Stiffs make the trek upstate to purvey their particular brand of eclectic and inventive metal.

Vision Within’s accessible and heart-felt hard rock will be coming down from MA, with Dan Vieu’s powerful crooning leading the way.

And I’m excited to see Tear Gas Union for the first time — what I’ve heard is straight-forward kick-ass metal with a gritty, hardened sound. I just hope they bring the chicks from their “Unholy” video. Which I think our Esteemed Editor may be kind enough to link you to, below…

And finally, what Jeff Miles and I agreed upon almost immediately, is that the door is going to go to Cook’s, dammit! With local venues going out of business (and even re-opening, only to close again a few years later), it’s only fitting that a giant collective of Connecticut’s most diligent musicians can give back to a venue that has stood strong as a haven for our community. So come down to see people you never thought you’d see on the same stage at the same time, or come down to immerse yourself in a truly diverse lineup, or come down to support one of the venues that still supports The Scene. Or come down to have a beer with me because I’m home!!!

The big show is at January 2nd at Cook’s Cafe in Naugatuck — visit the Facebook event for more information and Deathwish Collective’s full lineup.