It’s that time of year again, when I take a moment to confuse and disgust people. It’s obvious that my Top Albums of the Year lists are pretty personal. Although a few of these entries will no doubt be on many lists this December (because they’re awesome), I realize that most of the music here probably wouldn’t interest our metalhead readers’ thirst for solo geetar. Or maybe they would? Musical diversity is never a bad thing. Hopefully I’ll be convincing enough about these albums to inspire some of our metalhead readers to look into them. As the Monster Ballads commercial once said, “Every bad boy has his soft side.” I favor writing reviews on local and national metal, but I don’t know if I could ever call myself a fully patched member of the heavy metal elite. There’s just too much excellence in softer, spacier, stranger genres to ignore them. And this list is chock full of all of that. To put it plainly, these are the albums I was most passionate about this year. 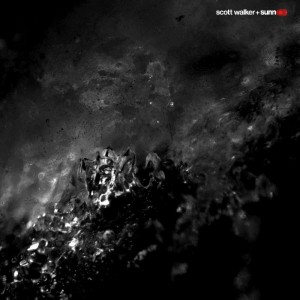 This is quite a surprisingly approachable collaboration between two very different avant-garde artists. One is a 70-year old crooner responsible for some of the most atonal, jarring and disturbing records these past two decades. The other is a drone metal band known for density, volume and atmospheric devastation. They’ve come together and the result should be messy, unfriendly and unlistenable. But this record, however strange, seems to go easy on these ears. Sunn O))) provides a nightmarish backdrop of doom riffs, industrial distortions and eerie tension while Scott Walker fills in the ugliness with random intuitions of off-key horror movie soundtrack blips and collages of startling clangor. It all sounds very difficult, and to those not initiated with these artists, it is. But as an experienced fan, I can’t deny the sheer melodic brilliance of Walker’s voice on display here. His ghoulish but flawless singing soars like a sour angel over these doom-leaden tone poems. His delivery at times is almost like pop music, or at least as close to pop as he was when he was once a UK teen idol in the 1960s.

9. Elbow – The Takeoff and Landing of Everything

This is really just a beautiful alternative/prog rock album, especially lyrically. Vocalist Guy Garvey is philosophical here without being preachy. He’s just a middle-aged man that knows he’s made his mistakes, and he knows the world around him is unfair. But middle-age, however depressing it can be, doesn’t have to lead to disgruntled pessimism. There’s still admiration in driving through gridlocked New York City. There’s a wonderful kind of ridiculousness in drinking yourself stupid with friends for no real reason. There’s a hopeful kind of tinge in the color blue, whenever we see it in a rainy sky or feel it in the bone chill that can follow a stressful day. Blue is pretty to look at and represents a comfortable sort of calm in its sadness. That’s what this album is like for me. It’s like being melancholic but simultaneously relaxed. And there’s a bit of beauty in the way that a rainy morning makes a kind of ethereal blue across a bedroom stereo humming with the vaguely Pink Floydian atmospherics of Elbow songs. 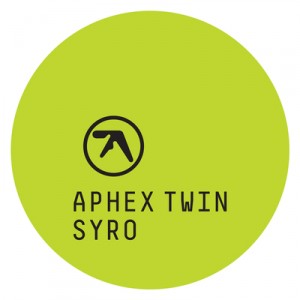 This is the first proper Aphex Twin album in years, and there’s really nothing extraordinarily new about it. The album is composer Richard D James doing what he’s been known for in the last decade, and that’s writing fucking legit IDM. And just because it doesn’t feature anything ground-breaking doesn’t mean it isn’t immensely enjoyable. If you’ve enjoyed Aphex Twin in the past, then there’s plenty to get excited about here. The same rhythmic complexities over melodic simplicities are here. The icy, cold and robotic beauties of rich computer sound dance like sleet on glass over drum and bass freak-outs, disco beats, beeps, glitches and tightly wounded snare and cymbal rolls. And even if Richard D James isn’t exploring new musical territory, he’s stretching the tricks of his arsenal. The weird moments are even weirder, the major melodic parts are sweeter, and the whole approachable aspect of the album makes it quite danceable in many places. For all intents and purposes, the variances are numerous but focus on a single purpose. It’s an album for driving, for dancing and for listening. But no matter what method you choose to associate it with, it comes down to the fans. This is a gift for his fan base, easily digestible because it’s gift-wrapped for us. Aphex is back, just like we always remembered him.

This album’s inclusion is a bit strange, I guess because of Devin Townsend’s own feelings towards it. He’s not sure he made this record for the right reasons. The record company sort of forced him into making another commercially friendly album, and he wrote this to appease them. He basically created art here for the worst reason. So maybe the fact that it managed to still make it to my top ten speaks volumes on just how good these songs really are. Maybe it’s because I’m a fan boy. Either way, the album is here and it deserves it. The songs here are very catchy, relying on a verse-chorus structure for the most part. It’s a heavy record that hits your ears like a ton of flower petals. In other words, it’s soft music with a loud voice. Grandiose choirs, female singing, vague electronic flourishes and minor acoustic alternative moments highlight what is essentially a poppy hard rock affair. But each song still retains its own identity. I hear references to commercial acts from Disturbed to Usher. And goddamn is it anthemic and fun to listen to. I don’t know how Devin feels, but I feel pretty damn good about this. 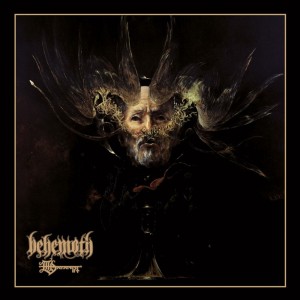 I’m so bored with traditional metal for the most part. I tend to choose more artsy material nowadays when it comes to anything in the death, black or post metal genres. But every once in a while, a traditionalist type of metal record comes along that’s undeniable. Every once in a while, I’m floored by an extreme musical statement that’s genuinely wicked, experienced, intelligent and deeply poetic at its core without having to resort to strangeness or progressive avant-garde tendencies. Behemoth’s The Satanist is a work of metal perfection, period. It’s nothing but riffs and blast beats and lyrics about theological Satanism, but it performs these customary tactics with a flawless, masterful hand. I don’t see it as shock value, but a lesson in spiritual hatred. The band wants to show you what misanthropy sounds like from a completely human perspective. The narrator of such phrases as, “I saw the virgin’s cunt spawning forth the snake,” and “I raped and raped and raped the daughters of Zion,” and “Rub mould in holy pages, let woodworms eat the cross” are almost laughable by themselves. But when you hear the manner in which they’re uttered, you can’t help but be convinced that these are phrases from a dangerous line of thinking. I can go on and on about the tasteful riffs, the incredible Opethian solos and the terrifying atonal choirs that round out this disc, but I’d rather tell you of the resounding evil that’s stamped all over this thing. This is the love of Satan from an informed, irate individual. It’s the story of why the worship of God is a fucking useless endeavor, when Hell has so much more to offer the bestiality of man.

Top 5 albums of the year and top 5 runner-ups for the top ten are coming soon!