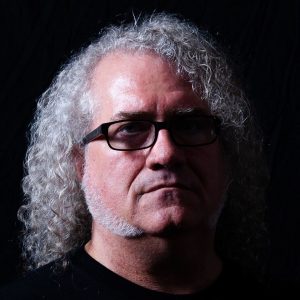 I first became familiar with the work of bassist, vocalist, and audio engineer Tommy Stewart while editing a press release for one of his bands, Negative Wall.  Their intriguing debut album Gammagelu was doomy prog journey through outer space, with three tracks about evil aliens and one Electric Wizard cover.

This Georgia musician resurfaced in my inbox a few months later with news of a compilation his label, Black Doomba Records, was putting together.  Stewart was going all-out with Doombanomicon: epic sci-fi artwork, color vinyl pressing, the whole nine.  But any comp is only as good as its lineup, which Stewart had locked down as well.  Doomstress, Dead Register, and the mysterious Gallows God were among the thirteen bands that showcased the breadth and depth of the doom metal genre.

Anybody who’s been reading this blog for awhile knows that we/I love a good compilation, so Doombanomicon put Stewart on my mental list of people to find out more about.  BUT WAIT, THERE’S MORE!  Just this week, a promo came down the wire for an Ohio doom outfit called Cult of Sorrow that just killed.  Like, killed.  If you enjoy classic bands like Pentagram or The Obsessed, or classic-sounding ones like Vestal Claret and Nightbitch, put Cult of Sorrow on your list.  And who’s putting out their album on September 20th?  You guessed it: Tommy Stewart and Black Doomba Records.

I had the opportunity to talk with Stewart at Maryland Doomfest, where he shared his thoughts on forty-five years of living heavy metal.  This interview, which took place in the lobby of Frederick, MD’s Super 8 Motel, is AltCtrl’s first-ever interview conducted before nine in the morning.  Read on for some highlights and listen to the unedited version at the end of this article.

The Road to Black Doomba

I’ve been around a long time — about four decades plus.  In a brief way, I’d say I started playing in the 70s, which is a really long time ago.  My first time playing bass on stage was 1974, so that’s how long I’ve been around.  In the mid 80s, I was in a thrash metal band called Hallows Eve.  We were on Metal Blade Records, so we toured with all those people when they were not big.  Hallow’s Eve lasted about 30 years… In the very early years, we were playing in clubs with Slayer and Megadeth — and I mean clubs, the size of what we’re doing the Doom Fest in.  And some of those bands rose and became huge.  […]

And this ties into this — you knew we were part of a growing scene and you just didn’t know who was gonna pop out of it.  At the time we were all kinda on the same level, give or take.  But you knew some of us were gonna get bigger than others, and I was just standing around marveling at it, going, “I wonder which one of us are the famous ones,” and it just hadn’t happened yet.

And anyway, fast forward to these days, that’s one of the reasons I started Black Doomba Records.  I stopped Hallows Eve in 2013 and started Black Doomba because I was interested in doing other things in metal, other than thrash.  I felt like doom metal in a much slower way was doing what I felt when thrash began. Thrash happened and quickly became popular — I think doom metal started in like 1969 and just like the music, has slowly gotten bigger and bigger.  It’s so funny, that’s exactly how the music works.  (Laughs)  I see it, and I’m thinking this is going to be bigger than it is and if I just jump in there, maybe I can help other bands.

I set up my label to be more of a service than a “lordship” like how it was in the old days.  I said, what if I could help these bands?  I’m pretty sure I can, I know how to do all this stuff.  So that’s how I got to doing Black Doomba Records from being in a thrash band.  That’s kind of a long story, but it ties in.

I remember in the 80s when the Metal Massacres came out, […] everybody was very excited about it.  Somebody would call everybody up and say, “I got it, I got it!”  And we’d all run to someone’s house on Friday night and it was an event….  We’d all sit around and intensely listen to these ten songs and comment on them, and have a party about it.  What I liked about that was that we were excited about the compilation, that it was special.  So I thought, “What can I do to do something in my label to make it exciting and not just a bunch of bands?”

One thing about doom metal that I like, that’s a defining thing about it, is that there’s so much variety in the music.  In technical death, death metal, thrash, whatever, they’re all kind of alike.  […]  There’s not an array of sounds; everyone’s trying to define the sound rather than do something crazy with it.  […]  Doom metal to me is more daring, more diverse.  And I thought, that’s something I like about it, so I’m gonna go find bands….  I’m not gonna make a CD, I’m gonna gonna make a record — double album on vinyl, I’m gonna get the best artwork for it…  I got the best manufacturing done, got the color just right to match the album art.  And all the bands on it have brought different styles of doom metal to the table.

How Compilations Help Build The Scene

A lot of those bands now have shows with each other, because I arranged that.  I’m in on it!  This is all just a huge ploy to get my band gigs.  (Laughs)  […]  That’s the whole idea, to get the bands to know each other and network with each other, help promote each other by talking about each other in their interviews and things, because they’re doing shows together.  It’s all one big circle that I’m trying to coordinate and make it roll.

We sat in the Super 8 lobby for at least another half hour after the recorder was turned off, although maybe I should have kept it on.  Stewart talked about what he’s looking for in bands for his label: to be in the doom genre, to be active on social media, and to already be playing out of their home state.  He also shared some practical wisdom he lives by when his own bands are touring — among his tips, stick to booking tours only in the spring and the fall.  Driving across the Arizona desert in August?  No thanks!

We also chatted about life in Georgia.  Did you know there’s a nudist colony and a kangaroo farm there??  No, Tommy doesn’t live at either one…  His home is in Smyrna, just outside the Atlanta city limits; his clients have to wear clothes to the studio, and you should leave your kangaroo at home.

If you’re down at Maryland Doom Fest this weekend, find the Black Doomba table in the merch room of Cafe 611 and check out some records that are truly works of art!  (Including secret advance copies of the Cult of Sorrow album, *cough*…..)

Just did AltCtrl’s first ever breakfast interview with Tommy Stewart of Black Doomba Records, Negative Wall, and much more! Stay tuned…. Here we are in the merch room last night, is that JB in the background?? 🤪 #humansofdoomfest #marylanddoomfest #stickoutyourtongue #metalheads

The unedited first half of our interview is embedded below: