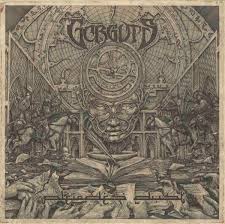 I was new to Gorguts’ music when Colored Sands dropped in 2013. I was hesitant to check it out until an enormous amount of hype finally forced my ear. Quite honestly, it floored me. Not since Meshuggah’s Nothing or Gojira’s From Mars to Sirius had I been subjected to such a pummeling assault of the senses. The album had a twisting, borderline psychotic crashing behavior. Sonically, the band has the weight of a crumbling pyramid and the loudness of a plane crash. Colored Sands could have easily smashed and thrashed around with such recklessness that the musical narrative risked sinking into chaos. But the band’s methodical attack gave the music groove, and the Tibetan influence in the lyrics informed the melodies with Oriental shine which helped dilute their impenetrable heaviness with epic triumph. It was one of the best albums of that year, so the pressure was on to come up with something at least equal to it on their next release. It took three years, but the band is back with their EP Pleiades’ Dust. The hype train has started up again.

First of all, this EP is fucking monstrous. It consists of one 33 minute track that could easily pass as a full-length effort. Obviously, writing a 33 minute track has very progressive and lofty aspirations. The band easily runs the risk of phoning in on certain aspects of the song, with ambient interludes stretching to overbearing limits to fill in time. That’s thankfully not the case here. Although there’s moments when the song floats in an uneasy calm, there’s always an icy anxiety in tone that threatens the fall of the hammer at any moment.

For the most part, this song is like a Colored Sands bonus track. It’s crunching, maniacal, deliberate and strikingly technical. If there’s anything that separates Pleiades’ Dust from its predecessor, it’s overwhelming dissonance. There isn’t a single moment on this track that can be considered listener friendly. It’ll take more than a few album rotations to understand what the band is going for here and even then the avant-garde structure can be frustratingly iron tight. I’m content to get lost for a while in riff disharmony in a constantly rolling and bubbling tribal meter, but there’s times during this EP when I wouldn’t mind a break into a section that’s just as brutal as anything else, but unfolds in straight-up, simple head banging fashion. To put it simply, complexity isn’t everything. Your music might be tough to play, but I like it to be emotionally gratifying as well. 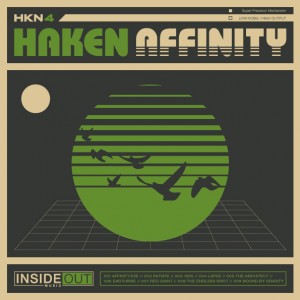 Haken had entered the progressive rock scene around 2010, but it wasn’t until their 2013 release entitled The Mountain that they made real waves in the modern prog world. I saw a random list online of prog rock listeners’ favorite albums since the year 2000 and noticed The Mountain sitting near the top alongside beloved bands such as Dream Theater, Opeth and Porcupine Tree. I’m normally opposed to adding new progressive rock bands to my playlist, especially if they borrow so much from what previous progressive bands like Dream Theater, Yes and Rush have done before. And when I gave The Mountain a chance, I thought it was a bit too cheesy, kooky and friendly for my tastes. When I heard that their follow-up Affinity was promised to be something different and darker, my defenses fell. Everyone seemed to be going bat-shit crazy for the band, so I gave them a second shot. And son of a bitch, I ended up enjoying this album a lot.

Make no mistake; this is still progressive rock imitation by the numbers. The shifting time signatures, cheesy drama, crystal-clean production and musical acrobatics are alive and well in Affinity’s 1980s Apple Computer multimedia synthesizer sound, Blade Runner techno darkness and Miami Vice car chase energy and flamboyance. But I can’t help the fact that the band is so damn infectious. Frankly, they sound like they’re having the time of their lives in the studio, dishing out prog wankery and heavy metal cheese without a morsel of shame. Their confidence and enthusiasm is undeniable, and their jubilance puts me in a good mood.

The songwriting on Affinity is also quite varied and inspired. “1985” bounces around from djent riff to power pop workout to John Hughes movie soundtrack music to thrash metal mosh fest. “Earthrise” is a power ballad wrapped in so much sentimentality that it almost raises my blood sugar to dangerous levels, but it speaks to that little piece of me that still enjoys when Whitesnake’s “Still of the Night” comes on the radio. Metal epic “The Architect” even hits a brief moment of Opeth influence in the abrupt entrance of death metal vocals. It’s clear that the band is rather fearless and you have to admire that, especially since their sound is so blatantly unpopular with the so called indie “hip” crowd that seems to have a death grip on what constitutes as good music these days. Fuck you, hipsters. Haken is fucking cool and Affinity is a blast to listen to.

P.S. The Mountain has also grown on me immensely.

If you want to find more from Gorguts and Haken, you know how to use the freakin’ internet.