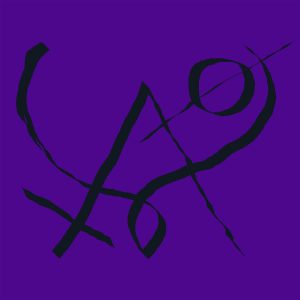 It’s a rare thing to come across something completely unfamiliar in modern music. Some would claim that the golden age of musical exploration is behind us — the 60s through the 90s. Every kind of music possible has already been found and done, and now groups are doomed to constantly recycle old styles. Some critics would say that innovation in the new millennium is really just fusion.

You can certainly make that argument when it comes to mainstream genres of pop and rock. But experimental music is still thriving, still very involved in the “new.” Swans are always in a state of reinvention and re-evaluation, Michael Gira restlessly exploring each angle of musical hypnosis through compositional repetition. Death Grips do whatever it takes to be the forerunners of meme culture, splicing together industrial/hip-hop/punk hybrids of urban decadence and social media degradation. Then there’s Xiu Xiu, slipping deeper with every album into blood-loss wooziness, finding new ways to approach their black-market medicinal pop nausea…Huh?

Girl with Basket of Fruit is on the attack right away. The title track is spoken word over electronic madness that sounds like someone struggling to have their slam poetry heard over the ruckus of spaceship repair. This spoken word develops itself further on “It Comes Out as a Joke,” like snippets of soapbox philosophies, war speeches and news interviews over manic digital carpentry.

It’s hard to get a handle on what Xiu Xiu wants to accomplish with these songs. They seem content to throw whatever they like at the listener. We have industrial pounding, jungle rhythms, string dissonance, duck calls and Jamie Stewart’s treated vocals making all sorts of brash, doomed proclamations. He’s either speaking like a sociopath or crooning like a sad vampire ruminating over the depressing fact that his favorite corpse has gone dry. “Amargi ve Moo” and “The Wrong Thing” perpetuate this ghoulishness effectively.

We’ve really gone done the rabbit hole this time. Previous albums like Plays the Music of Twin Peaks and Forget at least claimed a pop music framework. But Girl with Basket of Fruit has left those sensible avenues and ducked into an alleyway slathered in musical leftovers. It’s the way Xiu Xiu manages to combine all this junk into engaging and expressive collages that makes them such an impressive unit. “Pumpkin Attack on Mommy and Daddy” has real forward momentum in its slap-hazard sampling and amusement-park-ride gleefulness. “Ice Cream Truck” has strange explicit purpose as a miniature jazz freakout laid with the ramblings of a demented sadist.

Is this review too weird for you? If it is, then you should probably look elsewhere. For those of us who welcome music that makes us feel a little sick and a little wrong, Girl with Basket of Fruit is an entertaining venture from one of modern music’s most impressive inventors.