We’re here to discuss a very hot topic between two very passionate individuals. I’ve managed to gather Alternative Control columnists Death Metal Dave and Peter Progger together for a musical debate. The burning question: What metal subgenre is superior, death metal or progressive metal? It’s (for some reason) a matter of utmost importance for these two, and after hearing both sides of the debate, I’m pretty sure that we haven’t gotten anywhere close to an answer. What we did end up with is a pretty extensive look into the hatred that these two have for each other and their musical tastes. To start, I played a randomly selected track on an album from each subgenre and asked them to comment. It all went downhill from there… 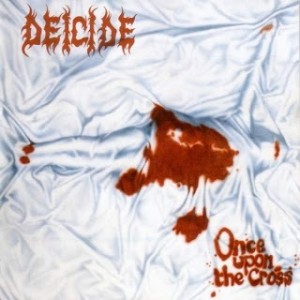 Track 1: Deicide – Once Upon the Cross

D: A track from one of the best albums ever. It’s the perfect example of what music should always be about – killing Christians and taking names, or whatever. It’s not enough to just beat up Christians, because that’s like tough guy hardcore. You have to kill them in order to make great music. I covered this song once on a black Ibanez littered with ripped skull stickers, but no one will know how it came out. I recorded me playing it on a Panasonic VHS camcorder, but couldn’t figure out how to post it on YouTube. It’s probably because I’ve never killed a Christian.

P: Right off the bat, you know these guys can’t play music, because this song doesn’t have subtitles. Shouldn’t there be some sort of “Battle of Something Something” song section somewhere? No, it doesn’t have any of that. And the sound doesn’t change through the whole thing. A good song has to have a really abrupt changeup into jazz fusion for no constructive reason. No jazz fusion here, just a machinist at work suffering a migraine attack. Speaking of migraines, I’m getting a huge one right now.

D: After you eat my fists, your migraine isn’t going to hurt at all

P: You’ll never get the chance, my reflexes are too quick. I’ll dodge that punch like James Labrie dodges any musical significance during a live Dream Theater instrumental. 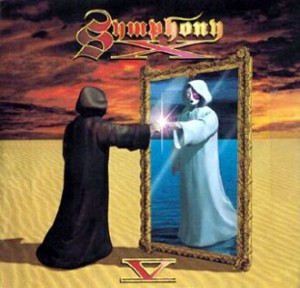 P: Seriously? This is some brilliant stuff! Everything about this is well composed, intelligent and melodically rich. Obviously, these are concepts that are well over your head.

D: Everything about this incorporates blowing dudes.

P: The best part about this is that the band shows they can be ultra-Mozart-y, and then go right into a heavy midsection that rivals the heaviest band in the world – Fear Factory

D: Are you fucking retarded?

P: Obviously not, because I listen to progressive metal. Meanwhile, you and all the death metal heads spend most of your time sharing crack needles and etching Satan symbols into rusted construction vehicles with your second-rate butterfly knives as you make out with your acne-infested girlfriends.

D: You don’t take crack from a needle, stupid.

P: I know, but you do. Because you’re just as clueless about drugs as you are about music.

P: No, I can’t say that I’ve done that. But I do take the time to sit back and really LISTEN to my music. Meanwhile, much like your “music” idols, you’re too concentrated on trying to write lyrics to your belches. Death metal is talentless shit, and if everyone involved in the genre could take their attention away from fantasizing about vandalizing graveyards, not bathing and escaping sex, maybe it would verge on acceptable.

D: And maybe if progressive metal fans took their attention away from their Native American jewelry, Victorian garments, Chinese checkers and Magic: The Gathering, they’d realize that even though their rehearsal space looks like the stockroom at Guitar Center, they still haven’t come up with anything that wouldn’t fit right at home on a My Little Pony cartoon.

P: Come on! You don’t like any progressive metal at all?! It’s such a superior music form! How about the super duper mega-heavy Opeth? They even have belch vocals!

D: Do I look like I enjoy listening to someone cry in a forest?

P: How about Devin Townsend?

D: The guy that’s been trying to convince everyone that his fart jokes are as beautiful as a sunrise? Fuck him.