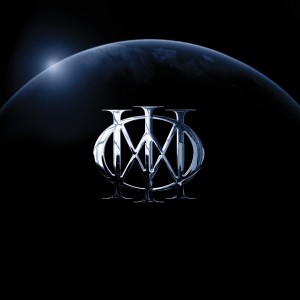 Ok, so it’s pretty obvious that Dream Theater is the best band of like, the last two millenniums. They’ve been the most talented group since ancient India, that’s pretty clear. Like, if you brought a Dream Theater CD back in time with you to Mozart, Mozart would listen to it and be like, “Shit, I better step up my game!” because, as I’ve said, they’re pretty much musical perfection. It’s rare that you have five members of a band that are the best at everything ever. I think the prog gods impregnated their mothers with human equivalents of the finest guitar, drum, bass, keyboard, vocal solos imaginable. It’s the only reasoning behind their talent, there’s just no other way to look at it.

So I’m really reviewing this new, self-titled Dream Theater album in the hopes that I can bring a few more followers into this Dreamy religion. Get it? See what I did there? I used the Dream Theater name to create a pun that explains the importance of Dream Theater music. Dream Theater inspired me to be so clever. Dream Theater makes people more intelligent when people listen to them. The band opens up new areas of the brain that we normally wouldn’t have access to. It’s like when Portnoy goes into that insane drum part about 7 minutes 22 seconds into Metropolis Part 1 off Images and Words and I can suddenly do College Algebra II. I’m serious.

What’s the best way to review this album? Track by track of course. Everybody loves a track by track review. To really appreciate the genius going on here, you have to focus on each section of the album separately. If you try to analyze the whole thing at once, you can risk a serious menius overload. (“Menius” is the words “music” and “genius” put together. Dream Theater inspires me to make new languages. It’s the only adequate way to describe their music). So, get ready to be blown away. I’m about to make you all Dreamers!

I bet Hans Zimmer just sits in his studio all day and wishes he was Dream Theater. He probably does his soundtrack stuff or whatever, and then when he’s done, he listens to the intro of the False Awakening Suite and just cries like a little bitch with complete envy. This is easily the best overture I’ve ever heard. It’s the best because it’s got choirs that go “AHH AHH AHHHHH” and strings. Dream Theater has done some pretty similar things on their other albums, but this is completely different, because this is a different album.

Hey, Slayer, there’s a new bunch of Satanists in town, and they’re called Dream Theater. Well actually, Dream Theater isn’t Satanist, but this song has such a Satanist sound, because it’s really aggressive and heavy. But it’s different and better than Slayer, because it’s intelligent Satanism. You can tell it’s intelligent because of the section about 4 minutes and 40 seconds in, when everything gets all crazy and circusy. They start playing Satanist Carnival Metal, which is a brand new genre that Dream Theater created that’s really technical and hard to play. You have to be really intelligent to like it.

This song just shows how great Dream Theater are at making emotional prog rock songs that anyone could like. I bet if they played this song at dance clubs, people there would fall in love with Dream Theater. They wouldn’t dance to it, but they would have to stop and just take the song in, you know? They would sit there and just stare at the speakers in disbelief. Good looking girls would just cry and all the hip-hop guys would be like, “Damn, hip-hop sucks, we need to listen to Dream Theater instead. I’m so emotional and inspired listening to them!”

O MY GOD, DID YOU HEAR THAT??!! HE WAS ALL LIKE, “WIDIWIDIWIDIWIDIWOOOODIDIDIDIDIDIDIDABWAAAAAAAAAAAAAAAAAABOODEEDOODEEBOODEEBAM!” But then Dream Theater just knows how to settle down and get really slow and epic for a bit, just to show all those goth metal bands how to do it right. But then they know when to kick it in gear again and just be the best thing ever. The rock riffs in this song just make you want to hurt people, you know? Like, they make you want to go outside with your plastic dagger and have a long sword fight with a fellow Dream Theater fan. Then after the winner is declared, the loser has to recite all the track titles from all of Dream Theater albums in chronological order. And if he messes up, he has to go talk to girls.

James Labrie really shows off what he can do in this song. He could get into a vocal war with Mariah Carey and totally win. She’d probably try to pull off his notes and his emotion, and then cough and give him a standing ovation. If MTV would just realize Dream Theater’s greatness, I would love to watch James Labrie perform at the Video Awards.  He would take every award that they have, and Kanye West would try to take it from him, but then laugh and give it back because it’s all a big joke and he and Dream Theater are really best friends because he realizes they’re better than him.

This song is HEAVY. Not Satanist heavy, more like bust-out-your-eardrums heavy. And Labrie sounds really menacing in it too. He’s one dude I wouldn’t want to get angry, because he sounds like a snarling dog when he’s singing some of these lines. I don’t know what kind of a dog, probably a really big one; a Canadian one. So yeah, don’t sneak a bite of Labrie’s Butterfinger, or he’s going to sing all about how wrong it is to do that. And that’ll teach you!

When Petrucci wrote those gorgeous leads, he was undoubtedly on his way up a golden escalator to the top of the tallest marble cliff of Olympus. And when he got there, he played the leads he wrote and all the gods bowed and gave him angel wings. And then, he flew to the sun and skipped along all the solar flares, ducked under all the solar prominences and bathed in the cooler sunspots as he finished what could be the most epic piece ever written. And that’s no surprise, since he danced on the fucking sun to finish it.

Along for the Ride

“I can’t stop the world from turning around, or the pull of the moon on the tide. But I don’t believe that we’re in this alone, I believe we’re along for the ride.” ß The most original thought anyone has ever had about anything. I can’t believe this band’s poetic mastery. If Shakespeare heard those lyrics, he’d throw down his feather pen and give up.

This song can cure the mentally handicapped. It can shift planetary orbit. It can remove cancer and wash away AIDS. It will make suicidal kids reconsider living and influence other musicians to consider suicide. The toy piano tone of the keyboards will make babies into super humans, and that long ambient/classical section in the middle will make drug addicts quit doing drugs, because they’ll realize there’s no drug that’ll take you out there farther than Dream Theater can. If this song was written by anyone else, it would probably take centuries to put it together. But I know Dream Theater put this together in no time. It’s nothing for Dream Theater to destroy and recreate God in their own image within 22 minutes; it’s just what they do.