When you think of the internationally renowned gothic metal band Cradle of Filth, the last association is a cuddly little Pikachu.  But the UK outfit’s keyboardist and narrative vocalist Lindsay Schoolcraft, who is releasing her debut solo album Martyr on October 7th, is a diehard Pokemon fan and anime enthusiast.  In fact, her look in the video for “Savior” was a tribute to one of her favorite anime characters, Re-L Mayer from Ergo Proxy.

Check out Schoolcraft’s thoughts on anime and video games below:

So I know this is a bit of an odd one, but hear me out. Back in the day of my teens and early twenties I use to be a HUGE anime nerd. I only came back to anime watching recently the past few years. Ergo Proxy was the last anime I cared about before I took my “break” to focus on music (let’s be honest, I abandoned anything that wasn’t focusing on my goals for a long time). And Ergo Proxy was the first anime I came back to with a fresh mind only to love it so much more.

I first watched the 2007 dubbed episodes from Japan and found the concept fascinating. So revisiting it again in English in 2017 was a real treat. I binge watched it about 4 times in the span of 12 months and every time I would always pick up on something new with the characters and story.

Not only is it visually stunning (mainly with the backgrounds), but the character development is what really pulled me in. Re-L Mayer goes through an entire character arch being a young investigator and I love her passion for always being in search of the truth, which is what carries her through in the end. Vincent Law is a bit of a pathetic sad boy the whole time, but once his true identity is revealed, I mean, can you really blame him. I’d be just an emotionally distraught too.

My favourite character had to be Pino whom is a companion robot who gains consciousness and starts to experience life on a human level. Her development is by far the most fascinating and enjoyable to watch as she discovers sadness, death, and dreaming.

There are many other characters that enter-twine and are equally as important and have their own major backstory which is all revealed in time. Very much like a “Sin City” collective of characters crossing paths with one another.

One episode you can skip is the exposition dump in which the main characters randomly get thrown onto a game show. It does reveal a bit more of the show background and the world they live in, but overall I found it obnoxious. Another episode I usually skip over is when Pino starts dreaming and has this super whacked out dream about being in an abandoned amusement park with many similarities that point to Walt Disney. Some may find the episode cool, but I always end up having super weird dreams that leave me waking up exhausted after I watch that episode. So to avoid that all together I just skip over it.

The best way I can describe the anime to anyone who hasn’t seen it is as a cyber punk soap opera. But just watch it for yourself before you get caught up in every review on YouTube… like I did.” 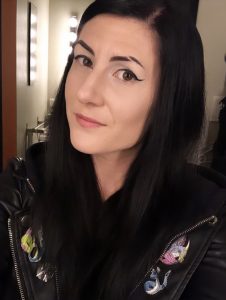 Alright, I will admit it: I am Generation 1 of Pokémon all the way! You better believe I played the shit out of my Pokémon Red, Blue, and Yellow in my original Nintendo Gameboy and then eventually my first Gameboy Colour! The thing is I just don’t have the patience for the old games like I use to. I can’t believe I maxed out all the games at 255 hours. That’s crazy! But I really enjoyed playing them.

Of course I have watched the games evolve over the years and I really did enjoy the second generation of Pokémon. Back then I felt that they were all a very great and thoughtful addition to the first 151. And you better believe I was over the moon when there was an option to play the game as a female character in the Crystal addition. I do admit the I found the whole introduction to “breeding” Pokémon in this generation a bit dark, especially when it didn’t go well and the result was having a ditto hatch from an egg. I guess the introduction to genders of Pokémon was pretty neat too. And especially the rare “shiny” versions of Pokémon was pretty cool too. 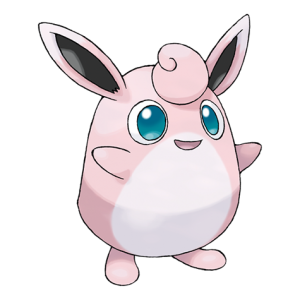 I did fall off of the 3rd generation and 4th a little and haven’t really fully gotten back into it lately until the Sun and Moon versions. One downside is that I find the games are still catering to kids and it’s a bit overwhelming with all the little games inside the game. What ever happen to just raising a strong team to battle with?! It be cool to see a game made that caters more towards the more adult fans of the original games.

I often find myself gravitating towards the Gen 1 Pokémon and seeing how training and raising them has evolved over the years. Over all it’s over all it’s been fun and I enjoy having the Moon version to veg out to on a day off when I’m stuck on the tour bus. I just have to learn to enjoy it a little more and stop the anxiety of “must build strong team to win all the battles” like I did as a kid. I haven’t battled anyone in so long haha. And guaranteed I’d get my ass kicked right now at level 35.

But you better believe my old teams still exist and are active in my old game packs. If anyone offered to battle old school they’d learn fast the wrath of my unstoppable Wigglytuff.

That’s a wrap!  Check out Alternative Control’s review of Martyr, visit Schoolcraft’s website and watch the video for “Savior” below.

Thanks to Dewar PR for hooking up this edition of Nerd Talk.  For more from Alternative Control, find us on Facebook, Twitter, Instagram, Soundcloud, and bandcamp.