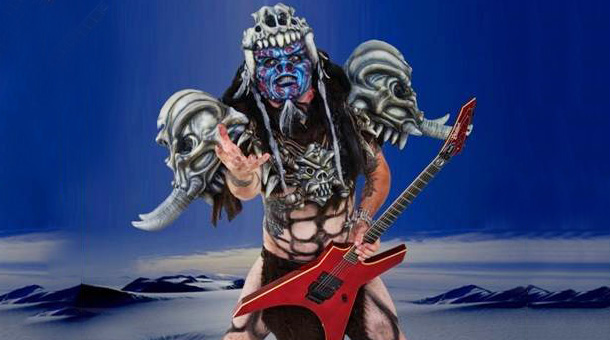 Friday December 12, 2014 Toad’s Place in New Haven, CT – On the date and time one year later that Oderus told me to meet him. Minutes before GWAR’s set was to begin, their lead guitar player Pustulus Maximus cornered me downstairs and demanded I speak with him while the rest of GWAR loomed over us menacingly. In addition to his very shrewd opinions and analysis, Pustulus also shared with me some information on next year’s GWAR-B-Q, the effect Blothar and Vulvatron’s presence has had on GWAR, the search for Oderus, Bill Cosby, and Beefcake makes a cameo to tell us about GWAR’s new “feature.”

The show brought the audience on a journey as we joined GWAR on their search for Oderus. Amidst looking behind the speakers and in the ladies room, many a friend and foe were found via the use of their time machine. Even Oderus’ cuttlefish, which Blothar mistakenly gave a handjob to thinking it was a fish. At one point it even seemed like they might find Oderus, but alas he was lost in time (at least for now). While Oderus’ whereabouts are still unknown, what I do know is that GWAR is as tight and solid a band as ever, putting on a technically executed and entertaining performance. Blothar and his son Beefcake even switched roles at one point as father took the bass and son took the mic for some older songs. Blothar and Vulvatron performed like they’ve been doing this for the millions of years that they supposedly have, and they have helped create the new greatness that is GWAR carrying on without Oderus. He was certainly missed, but it’s gonna be alright. Teets n’ tits.