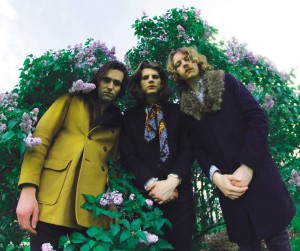 Formed barely a year ago, Denver rock band Plum is already making waves in the Colorado scene and poised to take their music nationwide.

Plum describes themselves as “a psychedelic rock outfit that brings the aesthetic of 60’s and early 70’s music into a modern context” — and they do a good job of it.  If you like Cream, Jefferson Airplane, Big Brother & the Holding Company, or modern kindred spirits Crobot, their recent EP Light Years, Dark Years will have something for you.

To learn more about Plum, find them on Facebook and Soundcloud.  They don’t have any shows listed at the moment and all previous shows seem to be in their home state, but I wouldn’t be surprised if they make their way closer to Connecticut over the summer.

This post was sponsored by Independent Music Promotions. Photo courtesy of IMP and the band. All opinions are our own.