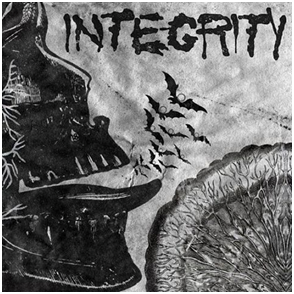 “Integrity means not swaying from your beliefs. This is how we live, we do not care what anyone thinks about us. We have no interest in what society does or thinks.” –Dwid Hellion

With their North American tour just finishing and a European tour coming up, Integrity is spreading the sound of their upcoming album Suicide Black Snake. The Cleveland, OH band has succeeded again in creating an album that will not disappoint. For their many avid followers, Integrity has been able to maintain a unique concept of metal and hardcore, while producing an evolutionary sound. They have been influenced by “what we wanted to hear,” says creator and sole original band member Dwid Hellion.  The lineup for this tour is the same as it has been for the past few years, including Robert Orr, Ransom, Jon Pearcy, Mississippi Alex Henderson and, of course, Dwid. 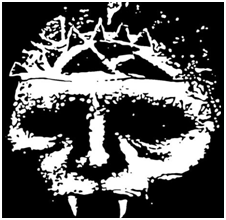 In creating the music they want to hear, Integrity has been able to capture the attention of many fans. Not only does Integrity have a greatly overthrowing sound, but the visual concepts of the album’s artwork are influenced, as Dwid explains, “…by decay. Worn out photographs, trampled Xerox copies.  I think this type of aesthetic best accents the music that we make, I have always had an interest in imagery and how it could/should relate to music.”  Considering imagery relations to sound, Dwid states that their iconic vampire skull represents “both the death of humanity and its parasitic nature.” Straight from the source, folks…in case you were curious.

The word integrity as defined by Dictionary.com means an “adherence to moral and ethical principles” or “honesty.” There is a great importance of being honest to oneself especially in the world of creativity. Dwid and his comrades maintain their integrity by not selling out or even giving a thought as to what society believes, thinks or says. They are self-influenced, yet as Dwid explains, “inspired by [their] views on humanity and this world, the music and lyrics reflect this.”

After 25 years, Integrity’s reign fills their crowds with an intense energy. Their live shows fill venue after venue and their crowds, enraged with enthusiasm, thrash, mosh, body surf, and even grab at and sing from the microphone. There is never a drab member of the crowd as the band as Dwid puts it, “ …continues to spread its gospel.”