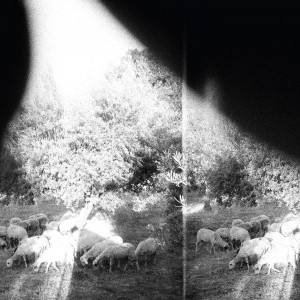 I have seen some not so positive reviews of this album online. And from what I’ve gathered, I suspect I have a pretty unique reason as to why I enjoy Asunder, Sweet and other Distress so much. Godspeed has just churned out their fifth full-length album and the post rock world was there to dissect the damn thing like a Tarantino film. And most of the complaints over it have been either towards its formulaic nature or the fact that structurally it bears a lot of resemblance to their previous album Alleujah! Don’t Bend! Ascend!. I argue that the latter complaint is actually this album’s greatest attribute. Let me explain…

Asunder is one piece of music separated into four separate tracks. The first and last tracks make up the more melodious and musical meat of the song, while the two middle tracks are a lot noisier, amorphous and abstract. Anyone who’s familiar with Godspeed’s music knows the formula. It’s always been about the crescendo, the climax and the comedown. Long orchestral and dramatic instrumental epics are played by a mixture of classical and rock instruments. So the complaints over them sticking to this formula are really nothing new. But Godspeed always found a slightly different angle on each offering to give their albums an identity of their own. The predominant problem that people are having with Asunder is its lack of identity apart from Allelujah. This I understand. Allelujah was also four tracks split evenly between melodic and ambient pieces. The scope was a little larger, but construction was almost the same.

But what if we pretended that these two albums were never meant to be separate statements? What if Asunder is disc two of a double album released in twos? Much like Opeth’s Deliverance and Damnation and the two Use Your Illusion albums, Allelujah and Asunder make one giant whole. Their similarities are too numerous to not be mirror images of each other. Hell, even the cover art has a similar color scheme

Promoting this idea, we can accept and embrace the Allelujah/Asunder period as a monstrous addition to the Godspeed catalog. It has an immediacy and accessibility in its almost metallic heaviness. There’s a paranormal tension in long sequences of churning atmospheric noise. Asunder begins with a rallying anthem, dissolves into haze like a spaceship awakening from hyper sleep and finishes off with a marching war cry. It’s quite a sandwich, but at a respectable 40 minute running time, easily digestible. The loudness of the post-apocalyptic world hasn’t lost its grandiosity, but this time there’s hope on the horizon. Soft sections of the album are actually optimistic and moments of the drone pieces sound sublime and as enveloping as a powerful reiki session. Just be sure to turn up the volume on this one, because it reaps many rewards.

Because of its relatively short length, I actually recommend this as a good starting point for anyone willing to delve into Godspeed’s music. Despite the ridiculous pretension in their name and song titles, they remain one of rock music’s most powerful acts. Their fusion of rock, classical and noise music is unparalleled, despite many imitators. And if you really tune in and let yourself be taken away by this music, you might find it to be an almost overwhelming emotional experience. Asunder, Sweet and other Distress is the fifth chapter in the book of the apocalypse, and there’s so much more woe to find under the decaying rubble. 7 out of 10.