Interview by Jessie May and Jillian Simpson

On May 29th, Alternative Control had the opportunity to talk with Ensiferum’s Sami Hinkka at Irving Plaza in New York before the final show of the band’s North American tour.  Hinkka, who has been playing bass and doing clean vocals for Ensiferum since 2004, told us about the band’s composition process,  experiences on tour, and what Jill and I should see when we take our dream trip to Scandinavia.  He also had great things to say about accordionist Netta Skog, who’s been filling in for keyboardist Emmi Silvennoinen on this go-around.  Have a listen!

Needless to say, the show was awesome — but how could the last night of Ensiferum’s tour with Korpiklaani and Trollfest not be a giant Viking luau party?  Plus, as Jill noted, every band had an accordion.

But since this article is about our interview with Sami, here are a few pictures of him being a badass: 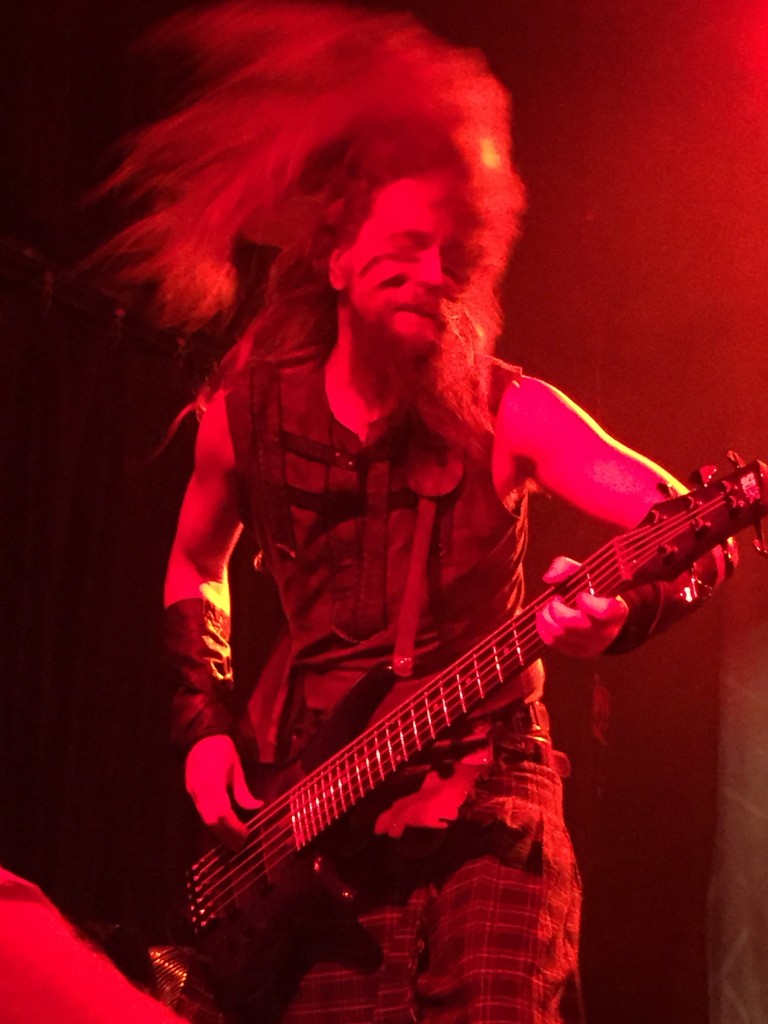 For more shots of Ensiferum, Korpklaani, and Trollfest, visit our photo album on Facebook.

Thanks to Earsplit PR for arranging this interview, and to Christopher Cotto and Andrea Volk-ana Hgsd for their moral support.