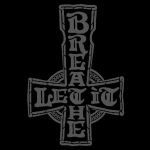 Minnesota stoner trio Let It Breathe takes over Nerd Talk this week, sharing their thoughts on the horror movies, video games, and artwork that has made a mark on them.  They’ve got some pretty rad music on the ol’ bandcamp for ‘pay what you want’ download, so make sure you check it out.  If these guys ever come to Connecticut, they need to find Curse the Son….

Anyhow, here’s what Let It Breathe had to say:

I was raised on horror movies and able to see most of the “classics” at the drive-in (how they were meant to be seen). I also got hooked on Lucio Fulci and the Italian horror genre. Fulci’s movies changed my perception of reality and the horrors the mind can think up.  Like other directors before and after Fulci, they used blatant violence and gore more as a social statement than violence for violence’s sake. 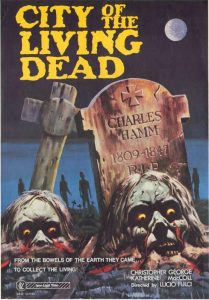 CITY OF THE LIVING DEAD (1980 – I remember the US release was titled “Gates of Hell”) — I witnessed this movie at 9 years old and have many of the scenes etched in my mind… seriously one of my all-time favorite movies, it’s based on the premise of an evil priest hanging himself to open the gates of hell.  Once opened, he appears in the graveyard, telepathically making a woman vomit all of her organs… every fucking organ!!! (Definitely a slow-mo recommended replay).  Bob (derelict/town perv) sees the now maggot-infested priest and gets away… but meets another fate.  Its starts off with Bob finding solace in a garage.  He smokes an innocent doobie with a girl and next thing you know the girl’s dad uses a drilling lathe to rip through Bob’s head… brutal for sure! The special effects for that era were amazing and sometimes overly realistic.  This is definitely one of the best films Fulci did in the genre.  Once you get hooked, check out these others by Fulci: The Beyond and Zombi 2. 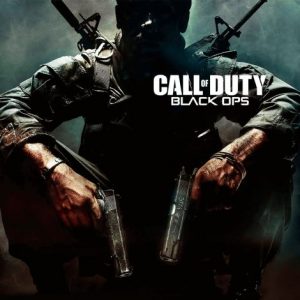 It started in the 80s with Atari, Intellivision, and Nintendo. It continued into the 90s with Super Nintendo and Sega Genesis. As I got into my early 20s, I kind of outgrew playing, but as time wore into my 30s, my catfishing buddies started harassing me to get an Xbox 360.  Winters can be long in Minnesota, so it was a good way we could keep in contact and hang together after we’d hung up our fishin’ rods for the season.  Being able to talk and play with your friends from across town/state/country/world just blew my mind and still does when I think back to where it started in the 70s/80s. The first Xbox game I got was Call of Duty: Black Ops.  That was my introduction to first-person shooters.   While I have played and enjoyed many different types of games, shooters are by far my favorite.  The Call of Duty franchise has been my main thing, but since the last couple of titles haven’t really kept me interested, I’ve moved on to the battle royale-style Fortnite.  One hundred people airdrop onto an island and you fight until you or your team are the last ones standing.  This type of game wasn’t even a possibility a few years ago due to the limitations of technology.   It makes me excited to see where games will go in the next 5-10yrs.  I am a grown ass man and I play videos games… a lot.

Not a far cry from constantly gaming or being a cinephile, I love rad art, and my obsession with Instagram has found me on the constant hunt for the coolest shit. I have my mental checklist for the day and thrive on new posts. In no particular order, I urge everyone to check out the following brilliance if you’re not already huge fans: @rockinjellybean @themotherfuckingwizard, @patrickjilbert, @ayejayart, @phillip.kremer, @hyenahell, @toddbratrud, #danielhiggs, @heathenlegs, @aaronhorkey @sutfin & @thevacvvm, @malenahandeen, @i_justdraw … @arikroper for starters.

Chipping away at this octo cover up. One more session to go! #sacreddiamondtattoo #wip

Since I started apprenticing at Mecca Tattoo here in Mankato about a year ago, my mind is blown on a near-daily basis by these folks: @meganhoogland, @x_xearhart_x_x, @john_laramy, @kellybunde, @radicus1, and @theweiner.  These folks have engaged the parts of my mind I truly missed and am very much enjoying having back.

Did you check out Let It Breathe’s music?  Go do it now because they sound like cool dudes.  Do it.  Do it now.

Thanks for Magnetic Eye Records for help arranging this installment of Nerd Talk.