When I started this column about a year ago, I had a plan to write one every couple of months. Well, that actually didn’t happen. You see, I’m a very busy person. Not only do I write for this blog, I write for a national publication, plus I work full time job, too. (Like most journalists.) When it comes right down to it, the music writing always comes first. This column is more for fun, when I have the time.

Well, I’m back with another quarterly assessment of the world of pro wrestling. This time, I’m going to focus on what I learned in the year I’ve done this column.

People complain a lot about the WWE, especially other wrestling websites, but then just keep watching, or don’t cover any other type of wrestling. I know they are the biggest game in town and you want hits, but if something is really annoying you that much, why continue to watch it. Why not seek out alternatives? That’s what I do. If all the people who said they would stop watching WWE, actually stopped watching, there would be a more serious decline in their ratings, and other promotions would get spikes in their attendance and television ratings.

For me, WWE does some stuff really well, other stuff not so well, but to expect them to act any different than how they act, is a little naive. I just take everything they do with a grain a salt. Enjoy the stuff they do right, and just try to ignore the stuff I don’t like.

Unlike other people, I don’t complain about the quality of the PPVs. Some of them have been really bad recently, but you’re getting them free with the very low price of admission to sign up for their network. It’s not like you are paying $30-$50 a pop for a show that is mediocre. Plus, other things on the network, make it worth the price of admission.

Actually, NXT is one of the reasons for getting the network, but in my mind, as good as it is, the best wrestling show on Wednesday, takes place on the El Rey Network. 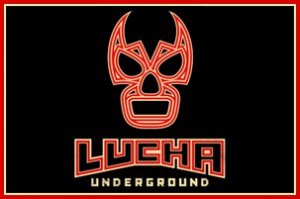 Yup, Lucha Underground is my favorite wrestling program. I wrote a whole column about them a while back and I have to say, their first season did not disappoint. Their “Wrestlemania”, which was called Ultima Lucha, finished out the first season in spectacular fashion. So far, the new season hasn’t disappointed either. I hope they can make enough money to keep it going. We’ll see.

Also, for those who think it is too unrealistic, well, stop watching and rooting for the Undertaker, because that is one of the most unrealistic characters in the history of pro wrestling. I like the Undertaker, but if some of you are going to split hairs, then you have to go full bore, not just go after stuff you don’t like, which you usually do.
(Though some of you are either total fans of WWE so you don’t like anything that is not WWE or you’re super indie nerds. I think Lucha Underground is hybrid between the over top storytelling of WWE with the indie style, of high impact wrestling. That’s what makes it so interesting. Plus, the backstage vignettes have a gritty, cult movie feel to them. It’s not suprising, when you find out who runs their network.)

Plus, I enjoy the backstage vignettes, and at the end of the day, the wrestling is top notch. What more do you want out of a promotion?

I also learned that if Chikara comes through your town, you go see them. I went to a show in South Windsor over the summer and it was the most fun I had at a live wrestling show in a long time, and this includes many WWE television tapings. The wrestling was top notch and it was a lot of fun. In fact, it was the most fun I had a live wrestling event since an ECW house show I attended at the Hartford Armory over 15 years ago. I hope they come back.

This column will run the week of Wrestlemania. I’m really looking forward to the NXT event, and a bunch of matches on Mania itself. Do I have any predictions? Not really. I hope they put Dean Ambrose over, but I mean, he’s facing Brock Lesnar, so I’m sure that won’t happen. But you never now. It will be a mixed bag like it always has been.

If it doesn’t do anything for me, there are other wrestling promotions out there to enjoy. And I’m sure the IWC will complain about it, but not actually do anything about it.

And I plan to write more of these columns. Honest. Fingers crossed.