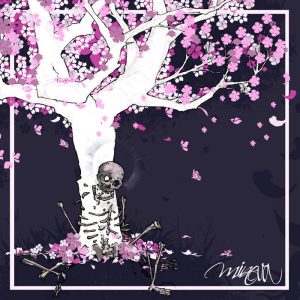 In our effort to provide our readers coverage of the best new local music, we present to you Mineva, a fiery and passionate post-hardcore band.  On their debut EP, Precious, Endless, Kevin Covill (vocals), Jason Moriarty (guitar, vocals), Sean Prior (guitar), Peter Stroczkowski (bass, vocals) and Anthony Buck (drums) deliver four songs of jagged, sincere post-hardcore. It’s quite good.
If you like what you read and hear, check them out.

What made you decide to start the band? What were your motivations?
Kevin Covill: My last band ended under poor circumstances, so I took some time away from music until I knew I was ready to start something new, it was just a matter of getting the right people together. I kinda hand-picked the members of this band, they were the only people I felt would not only understand, but improve the music I wanted to make. I think we all just want to make music that challenges and fulfills us.

What were you trying to achieve musically with Precious, Endless?
Covill: We all share a wide range of tastes and influences, so while we had a basic idea of what we were going for in terms of genre, we also wanted that variety to come through. The songs weren’t done until they were something greater than the sum of their components, we had to experience moments in which we were surprised with ourselves.
Sean Prior: I feel like we were all trying to create the strongest pieces of music I think we’ve individually ever written, we all really tried to challenge ourselves creatively and musically

What were you trying to address with the lyrics?
Covill: The specifics are different from song to song, overall they deal with my reaction to a few different personal losses. It wasn’t necessarily intentional, but you get all the stages of grief across different moments on the record. It was also important to me to end the record in a more uplifting light. Since writing is this cathartic thing for me, I didn’t want us to have this record full of emotionally draining content without a sense of relief in the end. Lyrically, the end of the record is like looking back through a different lens, instead of deconstructing the tragedies, its admiring the strength of what still perseveres.

When writing music for the band, what comes first, the music or the lyrics? Why? Are either of these more important than the other one?
Covill: Overall it’s music and then lyrics. I’ll have some pre-existing lyric ideas here and there, but typically we’ll write the song and I’ll contribute some vocal ideas to help guide the writing, but the real lyrics don’t come until the song is where we want it at musically. Then I write and rewrite lyrics, often more times than I’d like, until I’m happy with it. I try to create a narrative to the lyrics that shifts along with the music, so that’s why it’s important to be done in that process. One isn’t more important than the other as long as our standards are high for ourselves.
Prior: I think a very important part of our band and how we write songs is that we trust each other enough as musicians to collaborate fully on the music that we write

What is the sample from the beginning of “bluesummers (The End With You)”? Why did you decide to use it on the song?
Jason Moriarty: One of my favorite albums, Reptilians by STRFKR, has these various scattered Alan Watts samples. Hearing them on that album inspired me to listen to full lectures and seek out full writings of his, and those pieces proved to be incredibly important to me in dealing with the severe anxieties I have pertaining to the inevitable end of all things. I knew that, when Kevin revealed to us what he had written for the album, a clip from one of these lectures would lend itself well to this EP thematically. It works in a few ways: first, and foremost, to serve the EP’s themes; secondly as an homage to Reptilians; and lastly, to draw attention to Alan Watts, a truly remarkable thinker.

What is your take on the CT music scene? What are some of its strengths? Its weaknesses?
Covill: I think across the board its better than it has been in the last few years. Everyone is entitled to their own opinion of when they think the best years are, but its undeniable that right now there are some great bands, lots of people putting on shows, and an overall great vibe. We haven’t played too many shows with this band yet, but we’ve already played with a bunch of great bands and have worked with people who really care about our community. We’re lucky to have that right now.
Prior: With any music scene its inevitable that there will be ebb and flow over the years but it feels like recently the scene has only been getting stronger. There’s been an influx of great new bands and a lot of people booking shows, taking photos, etc. and I think so many people ready and willing to participate is the hallmark of a thriving scene

What are the future plans for the band?
Covill: Right now we’re writing more and we plan on releasing more music throughout the year. We have a split in the works, but its a little too early to talk details on that one. We’re planning to do some touring in the summer and if all goes according to plan then hopefully in the fall as well. Really we just want to make music and play shows and see what happens from there. 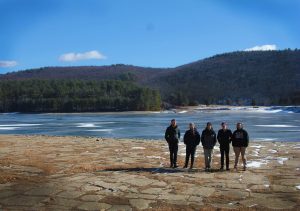