Walking into the venue, there was an immediate sense of electricity in the air. The sold out Palladium Upstairs in Worcester, Massachusetts was filled with exhilarated fans of all ages. Those in attendance seemed anxious to prove why New England is hailed as one of the best metal scenes in the nation — and they did not disappoint. 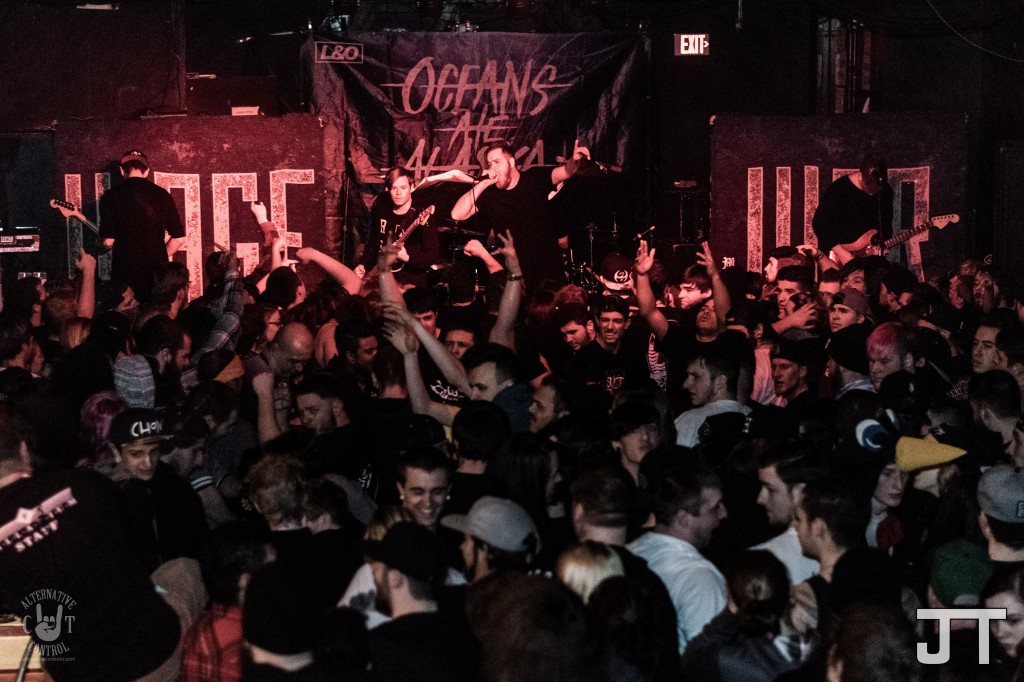 A local band, Oath, comprised of members from New York and Connecticut, opened up the show and immediately brought the eager crowd off of their feet. The band’s style was different from others on the bill, as it featured guitar solos with creatively placed pinch harmonics, while straying from the breakdown-heavy song structure that we saw from other bands on the tour. 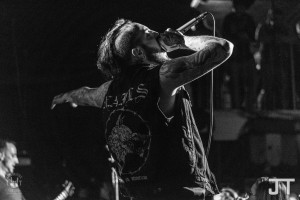 Wage War and Lorna Shore took the stage next, each earning a thunderous roar from their fans. Both bands harnessed the energy radiating from the crowd and turned it into an exciting performance. Wage War employed their uplifting, captivating lyrics to engage the crowd, while Lorna Shore opted for heavy, down-tempo breakdowns. While both bands delivered an interesting show, they both could have better stage presence, as members often seemed rather stagnant on stage (given that they were playing a metal concert). 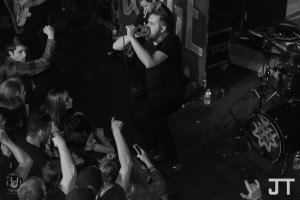 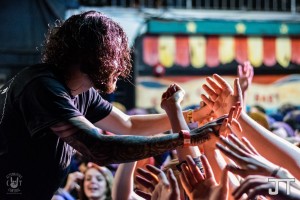 In contrast, Oceans Ate Alaska immediately started moving. The crowd responded to the English band’s showmanship and came roaring back to life. The quintet stayed true to their extremely technical and precise writing on their 2015 release Lost Isles (via Fearless Records), while moving freely around the stage. Seeing their performance, it was no surprise that these gifted musicians have made a name for themselves in the United States, across the ocean from their homes. 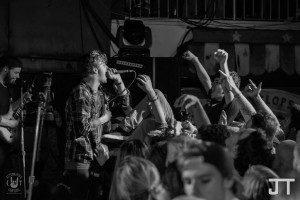 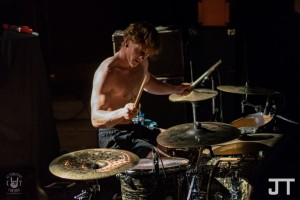 Moments before Chelsea Grin took the stage to perform their 2010 release Desolation of Eden in its entirety, a booming chant of the band’s name filled the venue. The band, one of Rise Records’ newest signings, has grown a lot since this putting out this record, enduring a few member changes which lead to musical changes. The crowd erupted as the lights dimmed band took the stage.  Armed with beautiful instrument, they opened with “Judgment,” the first song off of the album. The six-man production played the album through, sounding just as incredible as they did when it was released, maintaining the menacing vocals and heavy instrumentals (despite sparkling guitars and basses). 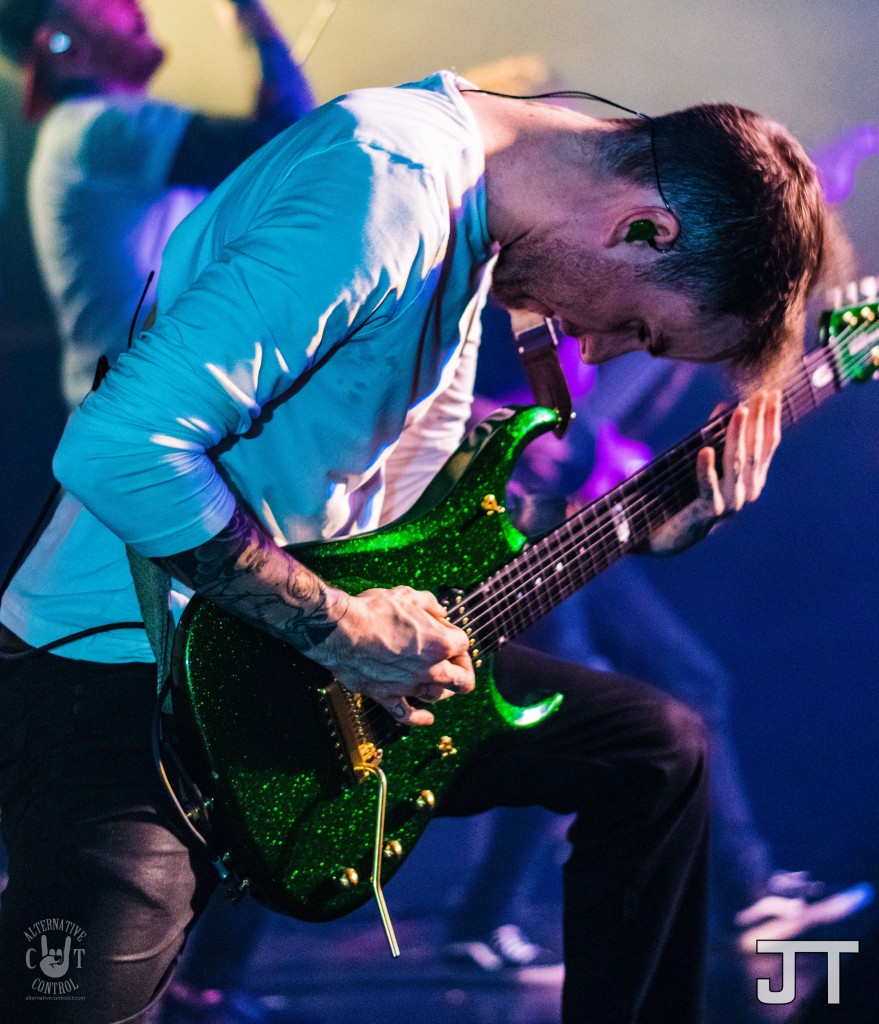 Their professionalism and experience of the headliner’s became apparent, as they kept the crowd engaged and the energy level high throughout the entirety of their set. At one point, there was a concern about a fan’s health, for which the band stopped mid-song to ensure the fan was alright. Alex Koehler, lead vocalist, said regarding the stoppage, “We’re all here for music, but we care about you guys first and want you to stay safe.” This warm-heartedness was in stark contrast to the band’s brutal sound, but was seen again after the 15 song set ended and each of the band members entered the crowd to meet fans. 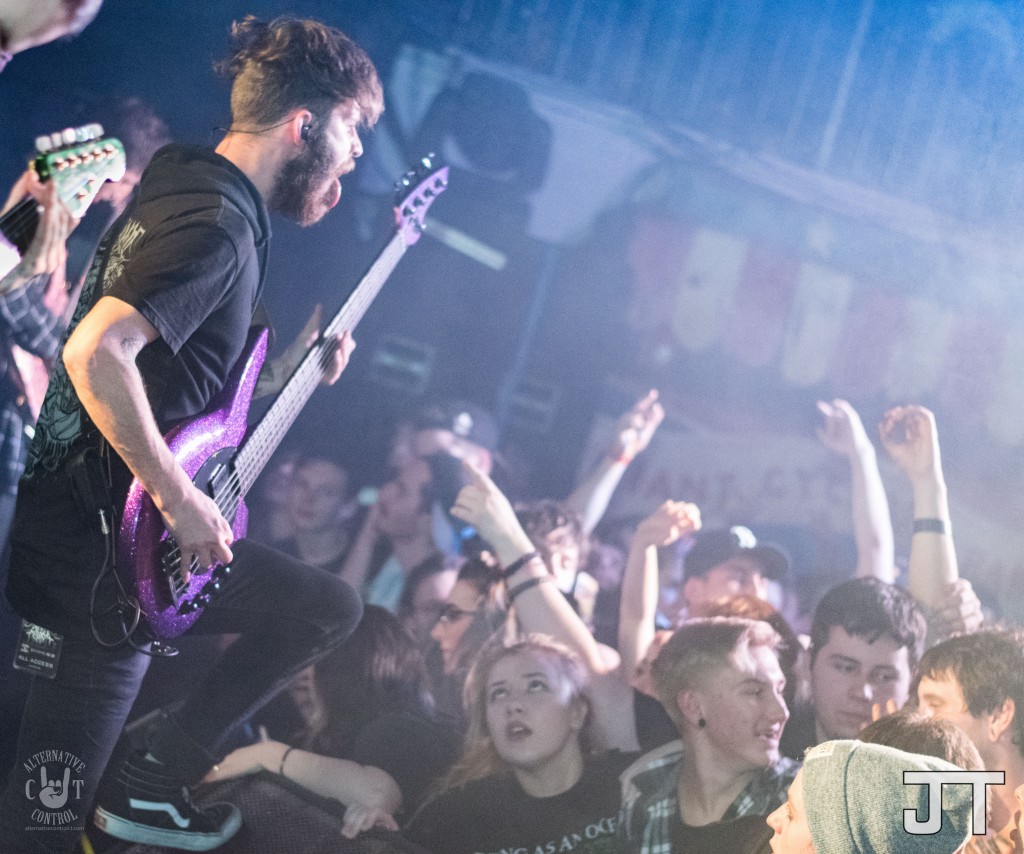 March 5th drew to a close, and the tour package continued on their month long run of the United States. Fans stayed for a while after the show to meet their favorite bands, who were noticeably humble and friendly. The combination of a thrilling show and genuine people certainly earned these bands some new supporters, and a city waiting to welcome them back. 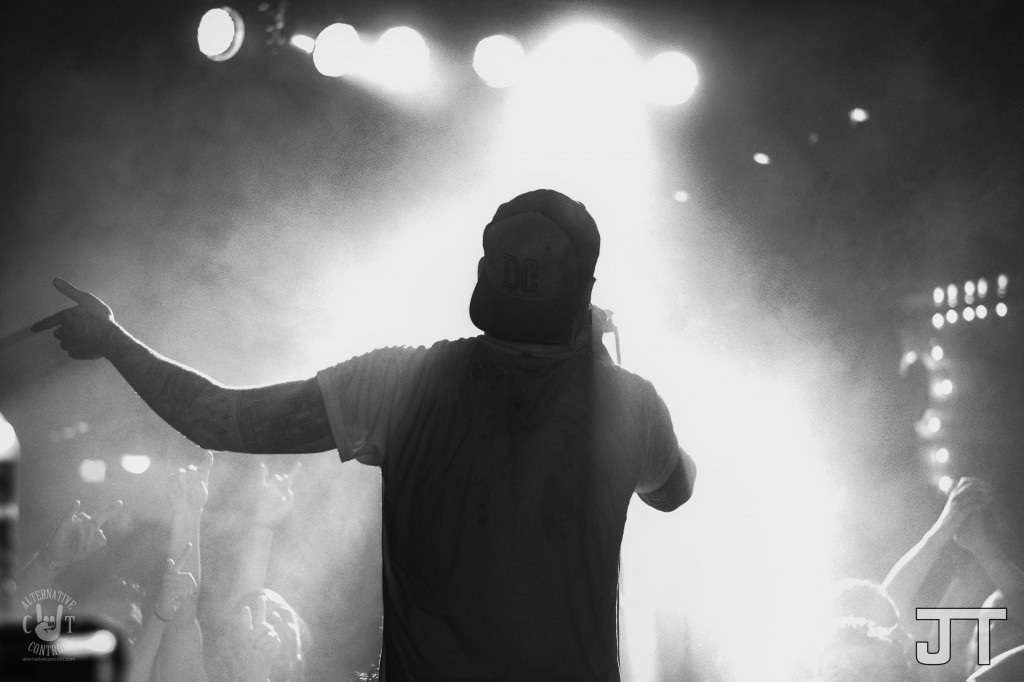 For more from Peter, visit his photography page Peter JT Photography and follow him on Instagram at @peterjtphotography.