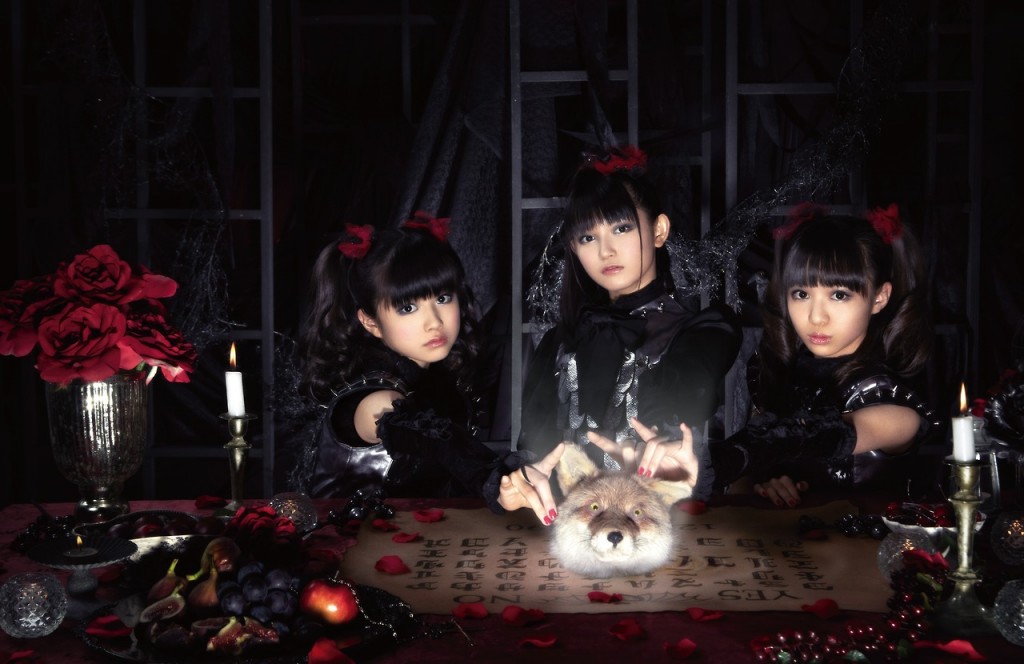 So there’s this new thing out there getting a bit of attention called BabyMetal, maybe you’ve heard of it? If you haven’t then check this out, otherwise I’m just going to assume you have. I’ve seen and experienced a lot of confusion and anger over the whole thing so I decided to investigate and set the record straight. I mean, can a metal band really be on tour with Lady Gaga?

A typical first reaction to BabyMetal: “Is this real?” Then it dawns on you that it’s Japanese and things start to make more sense. A brief history: BabyMetal is essentially a Japanese experiment to combine metal and pop music on the Japanese TV show Idol. However eventually one of the girls got too old (read: started high school) for the show so it graduated to “real band” status.

And it lives up to what it claims to be; they are a metal band playing metal that melds with several pop genres all the while exuding a very characteristic Japanese charm. It gets VERY poppy and is then suddenly juxtaposed by very heavy and intricate metal parts and vocals. Every song has at least one good riff in it, surrounded by a varying number of other good/annoying riffs. Surprisingly complex in song structure, their debut album consists of 13 songs – there’s plenty of J-Pop as you’d expect but sprinkled in there is a death metal song, a power metal song, a rap song, a ballad, a Japanese folk song, a dubstep song, even a reggae song.

It’s bizarre, yet catchy. A lot of parts are somewhat addictive to listen to, and others are outright annoying. Be warned when listening to this album, you may find yourself embarrassed sitting at a traffic light with it playing too loud. And it literally almost destroyed my relationship with my girlfriend, not even kidding.

In conclusion, I want to highlight a couple of songs on the album that are worth noting:

In a typical marketing ploy the album starts out with the only straightforward and masterfully executed death metal song. The “hidden gem” on the album, it starts off atmospheric and gets heavy immediately. If you’ve already seen the video for “Gimme Chocolate!!” then you’re about to be pleasantly surprised. The girls’ vocals are practically non-existent on this song and replaced with heavy riffs and solos, just barely hinting at what’s to come. This is definitely where your exploration of BabyMetal should start, and for many this is also where it will end. Below is the video for this song featuring a live version of the music and it begins with the girls dead and in coffins. Does this remind anyone else of Dethklok or is it just me?

“Death” and “Rondo of Nightmare” are my two favorite songs on the album. These two songs are probably the two that the backing band had the most creative control over writing (I mean let’s admit it, they wouldn’t have a song called “Gimme Chocolate!!” if they didn’t have to, would they?). My Final Fantasy-loving brethren will recognize the word Rondo, a Japanese term for a type of song. This song starts out with a math metal-esque intro, and then creates a polyrhythm when the vocals come in. This, along with “Death,” does not fall pray to the annoying poppy riffs the other tracks are sometimes plagued with, and the girls’ vocals probably sound best on this song, very haunting and beautiful throughout.

This song is probably my least favorite on the album, I include it as a contrast. Remember earlier when I said every song had at least one good riff in it? This is the song that has only one good riff in it. It sounds like bubblegum and sparkles and will make your eyes enlarge and drawn lines will pop out of your head while the background changes color really quickly, so be careful with this one. Allow me to explain with an image, a picture says 1,000 words. Search it out on your own if you dare.