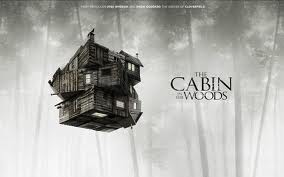 I don’t go see a lot of movies in the theatre. I am incredibly lazy about doing anything because I have a ridiculously demanding job, and thus, break up my time mostly among my boyfriend, my band, necessity shopping, and the ridiculous life of being a full-grown women with three needy-ass black cats.  But I digress.  The Cabin in the Woods is so far and away the best movie of the year.  It takes everything about classic horror movies and turns it on its ear. It has all the elements you want in horror: cheap scares, ridiculous violence, and comedy.  I could write more, but as the theatrical reviews said, writing more wrecks so much about why this movie is awesome.  I saw it in the theatre, I bought it on DVD the day it came out.  Now if only someone could tell me who “Kevin” was, I’d be really happy.  Yes, the movie is that crazy.  You want to know how “Kevin” is by the end. And it’s a really minor point.  Many thumbs up.

I have loyally watched Dexter since the fourth season.  I watched the other three on Netflix, burning through the discs faster than they could send them.  And then I watched the Trinity Killer unfold live, week by week, and was hooked.  It slowed own a bit, though I loved season 5 and everything to do with avenging Lumen, but this last season was unreal.  I was yelling at my TV hard enough I expected the screen to break.  This season was a set up for the final one, next September. Let’s just say the robber barons at Cablevision still have my money.  (And I also thank them for Homeland which is a great show.)

Meanwhile, there’s American Horror Story. The first season was good.  Certainly not Nip/Tuck good (coming from the same creators) but good.  This one was insane.  Out there. And at times, actually scary.  That’s the goal! Good job! The three episodes that will air in 2013 are driving me nuts. I want to see them now.  This show takes a lot of crap, but it’s great, and I’m looking forward to the end of this season as well as future endeavors. 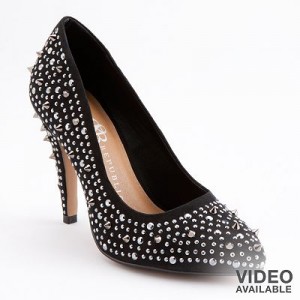 I spent $34 on shoes that could maim someone as they are covered in spikes.  That is so fucking awesome.  I couldn’t resist.  How this became trendy, I have no idea, but I have always been the chick who said “make the stuff I like trendy… it makes it cheaper for me.”  Spike-covered, extremely dangerous shoes?  YES.

Could any two albums be less alike? Probably. But they’re pretty far apart.  I have a strange relationship with The Gaslight Anthem. Most people liked them before they released The ’59 Sound, and continued to.  But nothing else they released resonated with me in any way, even though The ’59 Sound remains one of those albums where I never skip a song if it comes up on my iPod.  I think the comparison to Bruce Springsteen gets into my head and I think, “I just can’t listen to this.”  So along came Handwritten, which got a ton of positive reviews.  Yep, I like it. A lot.  I’m not much of a record reviewer because I think music is very subjective.  Someone can love something that someone else hates.  Let’s just say that this is poppy, catchy, and good. I wish they were higher on the earth-shattering lyrics department, but not everyone can be. 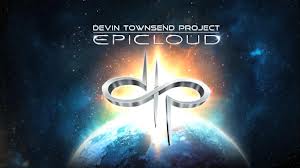 As for Devin Townsend, I can only thank fellow writer Christopher Baldwin for taking the time, about a year ago, to write me a guide to getting into Devin Townsend via what I initially liked and didn’t like.  It was really helpful (and I’ve told him to publish it here) because it can be intimidating to jump into such a vast, but also diverse, catalog of music.  The thing about Devin Townsend is you never really know what you’re going to get.  Sometimes, it’s prefect driving music – metal, angry “what are you doing in my face?” lyrics and raw power. And then you can pick a different song at random and it is quiet, ethereal music with layered female vocals.

All of this said? Epicloud strikes me as middle ground Devin Townsend – catchy and accessible, but not boring. It wouldn’t be a bad choice for someone who wasn’t familiar with his music, but it’s also a great album for people who already like him.  I don’t usually think you should want a guide to someone’s music and accessibility paths, but I’ll make an exception for the twisted genius that is represented on so many of Devin Townsend’s albums.  Epicloud is a perfect example of this. 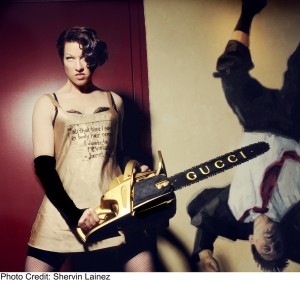 My Late to the Party Artist of the Year – Amanda Palmer

I should preface this with the fact that I do not, in general, like female-fronted bands.  Or females, in general, to be honest.  I’m absolutely one of those chicks who hates chicks. I’ve been aware of The Dresden Dolls (and really liked the song “Girl Anachronism”) and Amanda Palmer (and really liked the song “Oasis”) for many years.  I have read her blog, because I thought she was interesting – even before she was involved with one of my favorite authors, Neil Gaiman. Somehow, I managed to avoid a lot of her music – or grasp how good it is.  She’s a talented woman.  On her album Theatre is Evil, which would be in my top 10 albums of the year if I were to make an actual list, she shows off her amazing vocal range – at times sounding like Siouxsie Sioux  (“The Killing Type” is a perfect example of this).

I know there was a lot of controversy about her and Kickstarter (and I can’t even explain how ridiculous that site is – I tried to use it and was not in love with anything to do with it) and her asking people to volunteer to be her backup band and such, but does that change the music? And she’s just cool. And talented. And interesting. And pretty.  I think the last time I was this enamored with a female artist, it was Cyndi Lauper and I was seven years old.

I love whoever invented bandcamp. On a whim, I was checking out the offerings from local label Battle Stag Records. And here was an interesting 10” from Girls Just Want to Have Fun.  It piqued my interest, I tossed them some money and have been happily listening to eight songs of pure 90s style hardcore since. None of the songs are pretty, or even happy (as their name may lead you to believe) but they are a face-rippingly brutal hardcore band that I am looking forward to hearing a lot more from.  Yay, Connecticut.

I have had my eating habits described as “disturbingly strange” at times, because most people don’t love things like lima beans, asparagus, or cauliflower the way I do, coupled with a dislike for most sweet things.  Yet, somehow, I have managed to avoid Brussels sprouts for my entire life until this past Thanksgiving.  Those things are delicious! How is it I spent my whole life believing they tasted like little clods of dirt that were manually harvested by the devil himself? I don’t know. But I do know this: there will be a lot more Brussels sprouts eaten in this house, cooked with some garlic, olive oil, salt and pepper.  I highly recommend this vegetable if you have never had it.