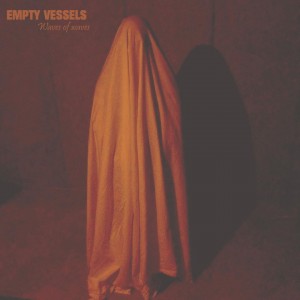 What is hardcore music?  At age soon-to-be-29, I think I’m finding out.  I had pictured it involving a lot of visors, “junt-junts,” and guitar players squatting angrily while playing their riffs.  But as it turns out – I think – it’s much more punk than I’d imagined.  Judging from some random shows at the Heirloom, it also can involve skinny jeans and a guy wrapping his microphone cable around his neck.

To be fair, I don’t know what kind of jeans Empty Vessels wears or if their singer likes to strangle himself.  And that’s not really the point anyway.  All I know of Empty Vessels is the CD in my car, Waves of Waves.  On my way to my very non-hardcore job as a middle school English teacher, I like to play Waves of Waves at an enjoyable yet non-hardcore volume.

My favorite track is the catchy opener “Viking Song.”  That one and “Everything’s About Michael Cera” betray a hint of surfiness – who is Michael Cera, by the way?  Am I supposed to know that?  “Salem” is another good track, sounding almost metal at the end.  And “Saucer County” is a definite headbanger – I can’t understand too many of the words, but I think it’s about getting abducted by aliens!  The New London band’s arrangements are sparse – but what they leave out in complicated riffs, they make up for in their delivery of this vague, gnashing-of-teeth feeling.  It’s enough to make a teacher pull out of the school parking lot just a little faster than she should.

One question I have is how Empty Vessels and Heavy Breath (the last band I reviewed) can both be “hardcore” but sound so different. I guess it’s a broad genre.  The bands’ music had some of the same features, but  Empty Vessels was heavier on the punk aspect, making it more accessible for a random metal fan/boring adult.  But regardless, there’s something visceral and irreverent about this kind of music that appeals to me.  If I had heard either Heavy Breath or Empty Vessels’ version nine or ten years ago, I might have ended up like the young people dancing in a circle below:

The verdict?  Waves of Waves is straightforward, angry fun.  If you get a chance to see Empty Vessels, you should go out, drink a few beers, and dance around in the circle – even if you are almost twenty-nine and a teacher.

Empty Vessels is Matt on vocals, Allison on guitar, Dean on bass, and Justin on drums.  Check them out on Facebook, ReverbNation, and their official website!