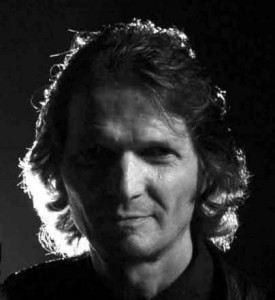 I’ve been honored to have the chance to talk with Dennis Dunaway, bassist from the original Alice Cooper lineup, and inquire about his take on the modern music business, his musical roots, and even a couple wild stories from his time with the band. I would definitely like to thank Dennis for taking some time with me, and with Alternative Control, and urge our readers to go and support his band Blue Coupe, which consists of him and members of the Blue Oyster Cult. Check out their single on Itunes entitled “You (Like Vampires).” And for fuck’s sake, go see a show!

AC – You’ve been involved with the music business for a long time. No doubt, quite a bit has changed in the biz since you first debuted with Alice Cooper. Internet downloading has completely altered the scope and influence of record companies. Do you see this as a positive direction? Has it helped you with your recent endeavors?

DD – Earning a living as a musician has always been a struggle. But now it’s even harder in a world where the majority of people download music for free. So in order to survive, musicians have to figure out the new rules. But the love of music has always been the key, and those that are ambitious enough, and those that are creating something fresh and exciting will always find a way to rise to the top. The musicians that I work with have earned plenty of gold and platinum albums but we are all open to learning new ways to promote our music. Our last CD, Tornado on the Tracks, was funded by our fans, and we will soon be posting our new pledge incentives at indiegogo.com

AC – You’ve been playing out with two of Blue Oyster Cult’s members in the group Blue Coupe. How did you guys end up getting together? How has the reaction been so far?

DD – In 1972, the Alice Cooper group were looking for an opening act. We were waiting to play at an outdoor festival in North Carolina. It was a beautiful day so Alice and I were walking around in the crowd when Blue Oyster Cult started their show. They were great so we asked them to tour with us. Since then we’ve been getting together to play music for the fun of it and recently decided to form Blue Coupe. The Bouchard brothers, Joe and Albert, are adored by BOC fans everywhere, so the Blue Coupe audiences are always enthusiastic.

AC – Alice Cooper had released his album Welcome 2 My Nightmare about a year ago, and had asked you to play on a couple of the tracks. What was it like being reunited with your old band-mates? It must have been a heavy dose of nostalgia to be working together again.

DD – My main concern going in was that we wouldn’t sound like the original Alice Cooper group without the fiery input of the late great Glen Buxton. And I was worried that our creative input wouldn’t carry the weight that it did throughout the original group era.  But Bob Ezrin, who produced the original group’s greatest albums, and Alice rolled out the red carpet and we picked up right where we had left off.  And from the first notes we played together, we sounded like we always had. And the jokes were flying like they always had.

AC – Alice had included one of your songs on that album from the Dennis Dunaway Project. I know there were some changes made to the structure. Was there any opposition on your end?

DD – I like this question. Alice always loved “Subway” from the Dennis Dunaway Project CD, Bones From The Yard. He played it on his Nights With Alice Cooper radio show a lot. His overhaul of the lyrics and melody wasn’t surprising because the AC group often morphed songs to fit new concepts. The song became “A Runaway Train,” which is just as strong. I did have a difference of opinion concerning the lack of what I thought was a solid hook. But my ideas were considered before they got the boot so I’m happy with that. The group was backstage tuning up for our Rock and Roll Hall of Fame Induction when Alice played the track with that blistering guitar break. I was floored when he said it was Vince Gill.

AC – You’re no doubt an influence both as a bassist and a member of Alice Cooper. But who and what influenced the man behind “the frog” to first pick up his guitar?

DD – In 1963, I was at a double feature movie in Phoenix, Arizona. Between movies Duane Eddy and the Rebels played a surprise performance. I immediately knew that playing rock and roll was what I wanted to do. Soon after that, the Beatles turned the world upside down. So I asked my high school chum, Vince Furnier (a.k.a. Alice Cooper) if he wanted to start a band. I bought a bass and sorted out parts from records – Bill Wyman of the Rolling Stones mostly. But then we discovered a band called the Yardbirds, and even though the guitar players (Eric Clapton, Jeff Beck & Jimmy Page) stood out, the innovative approach of the bassist, Paul Samwell-Smith, opened my eyes to creating my own style of exploration.

AC – What was it like being inducted along with your old bandmates into the Rock and Roll Hall of Fame? Did you have any doubts that it was ever going to happen?

DD – The group became eligible long ago. And every year people would speculate that we were going to be nominated. And there was the glaring fact that Alice had so thoroughly confiscated the name, which clouded the possibility of a proper group induction. So when it finally happened, and happened right, I was surprised. It was a truly amazing day for us and our fans and we all had a great time with it. We wish Glen could have been there with us.

AC – You loaned your bass guitar, The Frog, to the RARHOF. How do you feel having your bass be embraced as a recognized symbol of rock and roll?

DD – The Frog was included in Harley Davidson’s 100th Anniversary Rebels of Rock World Tour. And it’s been on display at the Henry Ford Museum in Dearborn, Michigan. The RARHOF, who have had the Frog for over eight years now, is being renovated and they told me that it will be included in a new display next year. I feel great about giving people a chance to see it up close.

AC – What’s in your cd/record/mp3 player now? Any current bands or musicians that you admire particularly?

DD – There’s no shortage of new music in my life. People are always giving me their music. I love the Icelandic bands, Dimma and SigurRos. I like a power trio from Ohio called American Dog. And a crazy quirky duo called the Brothers of Brazil. And I’m impressed by a very young Canadian band called Illusion Avenue.

AC – You’ve been busy with the Dennis Dunaway Project, Blue Coupe and various other projects in the recent years. Seems that the spark and love you’ve had for music hasn’t faded. And yet, so many musicians after a period of time retire from music because of their tribulations with the business. How have you managed to keep up your appreciation and endurance?

DD – The business side of it had me beat down for awhile but I bounced back because I still love music. And Joe and Albert still love it so we have fun. And that’s all that ever really counts anyway.

AC – Do you have a story from your days in Alice Cooper that you’d like to share? Something funny, or weird, or interesting?

DD – Here’s a “Day in the Life” story: On the afternoon of July 26th, 1969, the Alice Cooper group played the Eugene Pop Festival at the University of Oregon with the Doors, the Youngbloods, the Byrds, Them and others. Nearby Creswell was where I spent my childhood, and where my grandparents still had the farm where I had spent the summer of ’64 working to get the money to buy my first bass. So my Grandma came to the show, and afterwards the band followed her back to the farm for a delicious home cooked meal. Then my Grandpa loaded the outrageous looking Alice Cooper group into the back of his pickup and took us around to meet his neighbors. They all asked if we were from the “Hippy Farm,” which we soon found out was a nearby commune owned by Ken Kesey who wrote One Flew Over TheCukoo’s Nest. So after we bid my grandparents farewell, the band went to visit Kesey. But it looked like the few people stirring were recovering from a wild night. One guy sat by a smoldering camp fire with a mic plugged into an amp attached to an orange extension cord that snaked all the way back to the house. Loudly through the microphone, he explained that the bus that the two other hippies were painting psychedelic patterns on was about to be driven across the country to upstate New York for a big music festival. He loudly said it would be the biggest festival of them all. Two weeks later (August 13th), we were opening for The Mothers of Invention at the Wonderland Pop Festival in London, Ontario. Alice and I asked Frank Zappa why we weren’t playing at the big music festival in New York that weekend? Frank said, “Because we don’t want to.”

AC – Has any one of those stage performances in the Alice Cooper days gone wrong? Alice never accidentally chopped off his head for real, did he?

DD – One night, the gallows trap door didn’t drop so Glen and Alice kept stomping on it until it released. But in the dramatic simulated lightening flashes, the audience didn’t pick up on it. And they had no idea why we were all laughing.

AC – Finally, do you have any advice for bands struggling to make it in the local scene here in CT? Or really, advice for any bands that might be reading?

DD – The Alice Cooper group broke every rule of advice in the book. Follow your heart. Follow your artistic vision. If you can do that without letting the advice givers get you down, then you’ve already made it. And if you truly believe in your vision, nothing anybody can say will make a bit of difference.