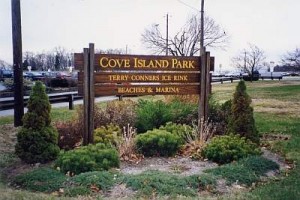 When the weather starts to turn from icy to warm an overwhelming feeling of dread settles in the pit of my stomach – the people are coming. And it’s not so much the people I dislike as it’s their behavior, and the evidence of such behavior.

Hammocks and other tree tied entities – What’s the matter with you? That four-inch-diameter tree is not meant to support your fat ass. Nor the decorations you have duct taped to it. At least have the decency to remove your stupidity from the living things when you leave.

Don’t sit in the life guard chair – It’s not for you to get a nice view or for you to feel cooler than everyone else, it’s for lifeguards. If you sit in one people may get a false sense of security, thinking you’re watching out for them and their kids. You’re not, you’re just being an idiot.

DON’T LET YOUR KIDS POOP AND PEE IN THE WATER!  – I mean, really. The bathrooms are right there. And while I’m on the subject, don’t bury baby diapers in the sand. Come on.

The kayaks aren’t for your personal use – They actually belong to people. You can’t just take them out for a spin. Duh.

Turn off your crap music – No one wants to hear your music. End of story.

Throw your garbage in the appropriately named “garbage cans” – Especially food garbage. Dogs will eat that shit and get sick. Throw it all in a plastic bag, tie it up and throw it in the garbage. No one should have to clean up after your sorry ass.

And last but not least… 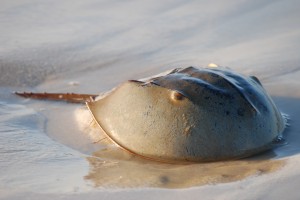 DON’T HURT THE FUCKING WILDLIFE, JERK-WIPE! – The horseshoe crabs are a protected species. They’re older than civilization. Show some fucking respect. Don’t let your kids torture them. Don’t let your kids rip wings off butterflies. Don’t let them chase geese. How would you like it if a gang of geese and crabs chased your kid and ripped its arms off? You wouldn’t. So do that do unto others shit. Please.

You know what? Just stay home. Don’t come to my beach.