“One thing that concerns me is that today’s young women … may take for granted the rights that they have.”

It takes little more than a glance at your Facebook feed to see that the idea of “feminism” is a hot-button issue. Here in America, women can vote, work, choose their relationships, and get hired at almost any job they are physically capable of performing. For some, that means that the dreaded “F word” is no longer relevant. The movement has accomplished all of its essential goals and has now been reduced to the vapid complaints of Gen Y cosplayers, video game tarts, and #ShirtGate… Furthermore, in the words of my fellow columnist Pixie, “Modern feminism is ugly. It hates men. […] It spreads lies.”   Feminists are now concerned with things like leg-shaving and street harassment because there are no real feminist issues anymore.

I disagree with that view wholeheartedly.

I can’t, however, define “feminism.” The second I say that it’s nothing more radical than “the advocacy of women’s rights on the grounds of political, social, and economic equality to men,” ten people will start yelling about Barbarella shirts.  Time even had feminism as part of its annual word-banning poll because it has so many different connotations, and then added an editor’s note apologizing for its inclusion; you can also read a rebuttal by Robin Morgan on Time’s website that was posted today. (Good Time-ing!)

In the apology, Time states, “While we meant to invite debate about some ways the word was used this year, that nuance was lost, and we regret that its inclusion has become a distraction from the important debate over equality and justice.” (Emphasis added.)

So before you post another thing on Facebook about man-hating, crucifixes in anuses, etc., please think about the phrase in bold. That is my point. Any idiot can ramble on the internet, this website being a case in point; all it takes is a hundred bucks for a domain name and you can write essays about scientists’ ugly shirts to your heart’s content.

But to say that women in America want for nothing just because a few people make pointless arguments is to ignore the big picture. There are much more important things at stake than how long a guy at ComiCon ogled your tits in your skimpy Harley Quinn outfit.

Here are just a few serious problem areas that show American women still need to be vocal about their place in society. Unsurprisingly, they are also among the issues that national feminist organizations — not some dodos on the internet — address. 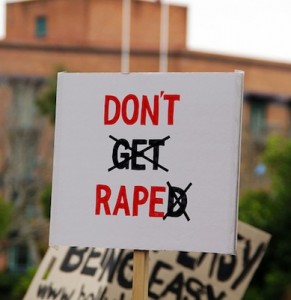 With the recent Jennifer Lawrence photo leak scandal, legal and ethical issues around photo-sharing and photo ownership have come to the public forum. If you take a photo yourself and give it to someone else, or if you allow someone else to take a nude picture of you, some people would argue that the photo is “theirs.”   But thankfully, feminists (and others) are championing the idea that private photos should stay private. 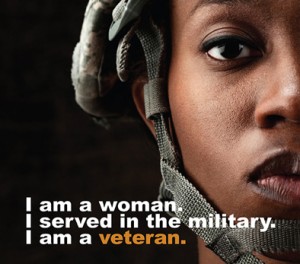 One sign of the feminist movement’s success is that women can now serve in the military in many capacities. But unfortunately, the most dangerous thing many female service members face is their fellow soldiers. One of the main problems surrounding the issue of sexual assault in the military is how the cases are handled by the military chain of command – the system of having to report a sexual assault to the person who is both your boss and the perpetrator’s isn’t very effective. (Never mind when the perpetrator is the boss…)

This March, a bill to put military sexual assault cases outside of the chain of command was shot down in the Senate, in a very close vote. Maybe that particular bill wasn’t the “magic bullet” that would have solved the Armed Forces’ sexual assault problem – but you can be sure that feminists will be among those who continue to call attention to it and work to find a solution.

Another somewhat related issue is health services for female veterans. Obviously, there are a lot more male veterans out there – but the female veteran population is projected to grow as the male population declines. While strides are being made, many VA facilities don’t even have a gynecologist on staff. No matter how much I Googled, I couldn’t find the article again – but I remember reading a story in a hard copy of Newsweek or some similar magazine about a female vet who got a state-of-the-art prosthetic limb through her local VA clinic, but couldn’t get a pap smear there. How does that make sense?

Part of the reason for this is because of the comparatively small number of female vets seeking services from the VA health system right now – but as the need continues to grow, you know who will be very vocal about making things happen for the women who served our country.

Maybe you were never in the Army, and maybe you don’t take nude selfies. Maybe you are not among the 1 in 4 American women who has been sexually assaulted. But I’ll bet if you have sex regularly and you’re not surrounded by children, you’ve benefited from feminism’s push for sex education and contraceptive availability. Reproductive health is modern feminists’ flagship issue, and it’s one that affects both men and women.

Living in a liberal state like Connecticut, it’s easy to forget that there are many people who would take every stride from Roe vs. Wade forward and flush it down the toilet like the outcome of a coat-hanger abortion. (And while abortion access isn’t the only issue in the “reproductive health” category, I’ll focus on it because it’s a big one.) There are a couple camps of anti-abortion folks who have made significant legal progress towards their goals this past year; let’s call them the “Only Ifs” and the “Not Evens.”

Here’s an example, far enough away from Connecticut that we can pretend it will never happen here. In December 2013, the Only Ifs in Michigan somehow passed a law that “ban(s) all insurance plans in the state from covering abortion unless the woman’s life is in danger. The law, which (took) effect in March (2014), force(s) women and employers to purchase a separate abortion rider if they would like the procedure covered, even in cases of rape and incest.” This bill was passed in spite of the fact that “only 3 percent of the 22,700 abortions in Michigan in 2012 were paid for with insurance, according to the most recent numbers from the Department of Community Health.” But we don’t need feminism anymore, right? 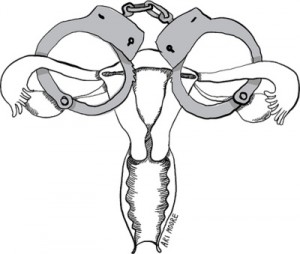 Even scarier, the Not Evens – those who would never allow abortion, not even when the mother’s life is jeopardized – are also making plenty of progress.  In a November 2014 opinion column, The New York Times gives some unsettling recent examples of how personhood laws have affected pregnant women:

For more, read the rest of the article here.

Now do you believe that feminism still has a purpose? Or is it all a big joke ’til you’re the one being strapped to the gurney?

Part of me wants to be done with this article – it might be the longest I’ve written for AltCtrl — but I really need to address the man-hater thing. To call feminism “man-hating” and a “hate movement,” and to say that it “spreads lies” is simply not accurate. While I’m hesitant to label myself as a “feminist” because of the negative reaction garnered by the label, I obviously ascribe to feminist politics.

And I’m very much married, to a dude.

Not some namby-pamby tree-hugging dude, but a bearded, scotch-swilling man of few words who drives too fast and probably thinks that “feminism is dumb” – even though he agrees with the main tenants. I know many other women who are also feminists — either in label or beliefs — who are married. To dudes. How can we be man-hating? That’s what I call spreading a lie. I love men. I love my husband, my brothers, and my father. Many of my close friends are men. I don’t yell at them. I don’t tell them they are holding me down with their boxer shorts full of patriarchy. I write music with them. I drink beer with them. I cook my husband’s favorite dinner.

To ignore the facts and focus on a tiny minority of feminists is like saying that all Christians agree with the Westboro Baptist Church: mistaken at best, and at worst childish and purposefully ignorant. I agree that some issues under the feminist umbrella are less relevant than others; #ShirtGate is dumb, letting dudes stop you from playing video games is dumb, and a dude saying hi to you at the bodega is very different than being raped.

But there are problems facing women today that are actually important; likewise, there are many people who would happily turn back the clock on women’s rights. If Gen X and Gen Y women abandon the idea of feminism because it’s unfashionable or because some men have a knee-jerk negative reaction to it, we are in danger of losing the progress we’ve come to take for granted.

For more information on feminist issues and goals, visit the Feminist Majority Foundation and the National Organization for Women.