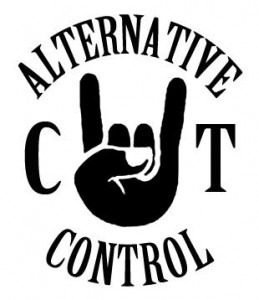 Anybody who knows me in real life can attest that there’s nothing I love more than a list.  The quantification of items and the planning of tasks gives way to the satisfaction of knowing that everything on the list has been acquired or accomplished — only to toss it in the trash and begin again with a fresh post-it.  A lot of blogs (including this one) post “most viewed articles” lists, but I’m getting away from that this year because our visits generated from Google searches don’t reflect our new content and I don’t want to give the short shrift to either group of articles.

But before we get into the most viewed articles, let’s get a little broader perspective of what myself and the rest of the staff have been up to all year:

Boy From the Crowd 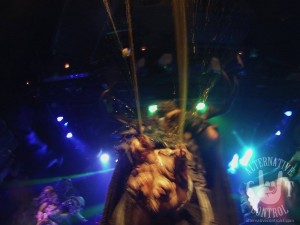 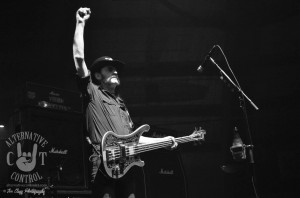 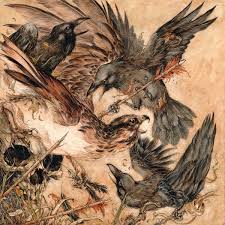 Writing in the Skies

Staring at the Sun

We Are The Catalyst

Artur U and the City Limits

Bands We Blurbed in 2015 (Backwards Chronological Order — Bands in Articles Like This One, Not Including Year-End Lists)

Not accounting for repeats in categories, that’s 143 bands we’ve covered in the past 365 days.  Not too shabby.

Although most of our content is music-related, we have also been increasing our event coverage.  Below is a list of events we wrote about this year, including many beer fests and a few concerts big enough to count as “events” — once again, in backwards chronological order.

Another thing we’ve included more of this year is spotlights on local businesses, craftspeople, and charities.  Here’s who we’ve featured:

But disgracefully for a school librarian, the blog I run has only reviewed two books this whole year: Food and Behavior and The Kingkiller Chronicle series.  I might be the staff member most motivated to write about books, but the bulk of what I read is of interest to the K-5 set — hence, two book reviews.

And now the part you’ve all been scrolling down for: our most viewed articles!

7.  Secret Cutter: Not a Secret Anymore

5.  Dopethrone: This is Your Brain on Satan

4.  From New Haven to New Orleans: An Interview with Jeff Golden of Crowbar

3.  Stony Creek is Aggressively Laid Back, and Open For Business

2.  The De-evolution of Mankind: An Interview with Josh Elmore of Cattle Decapitation

2015’s Most Viewed Articles Written in Any Year

10.  Stony Creek is Aggressively Laid Back, and Open For Business

9.  The De-evolution of Mankind: An Interview with Josh Elmore of Cattle Decapitation

7.  Tattoos: The Artistic Freedom of Speech

5.  The Art of Constructing a Punk Rock Vest

3.  The Legend of Action Park

1.  Tips and Tricks for Dying Your Hair Interesting Colors

So what’s in store for 2016?  I’d like to see more band interviews, more book reviews, and a stronger ratio of non-sponsored music posts to sponsored ones.  It’s nice to make money (and we have to pay for our hosting and other expenses somehow), but we also need to stay true to our mission of promoting music that we enjoy.  We didn’t release a compilation album in 2015, but I’m toying with the idea of bringing that back.  And maybe after five-years of being a blog, we’ll even have an in-person editorial meeting.  Anything could happen!

In the meantime, I’d like to thank Alternative Control’s hardworking and talented staff for their efforts this year.  Everyone has their niche here, whether it’s concert photography, noise rock reviews, local business contacts, PR wizardry, or encyclopedic musical background knowledge; without each person’s unique skills and interests, we wouldn’t be the blog we are today.  They do all this for free, for the love of music, writing, and the opportunity to share with you, the readers.

Speaking of which, thank you to everyone who reads this blog, shares our content, follows our social media, and supports what we do!  Without you, we’d be spitting into the internet’s vast proverbial wind.  Leave a comment to let us know what YOU want more of in 2016!

And while you’re at it, come to our show at Cook’s Cafe in Naugatuck on January 2nd, 2016!  More info here.